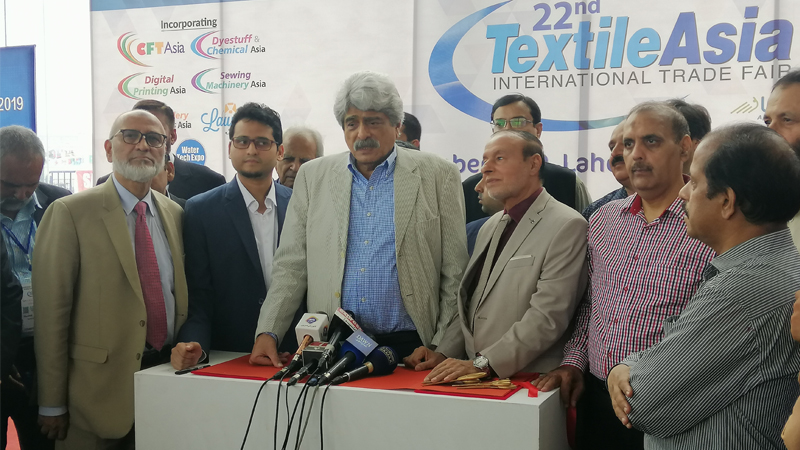 Dr. Salman Shah, while addressing the inaugural ceremony as Chief Guest, said that Pakistan had created an experienced lot of cheap labor in Textile industry and China can utilize this force for its Textile industry to compete in the world market. He told that the government of Punjab was planning to create a conducive environment for business. In this regard, he said that broader consultation with the business community was being made, which would be transformed into the measures to enhance ease of doing business. He acknowledged that the Textile industry was the key industry of Punjab having value added clusters in Lahore, Faisalabad and Multan, which were contributing a lot in the economic development. He said, like federal government, the provincial government was also ready to provide the necessary incentives to the Textile industry to enhance its competitiveness in the world market and increase country’s exports.