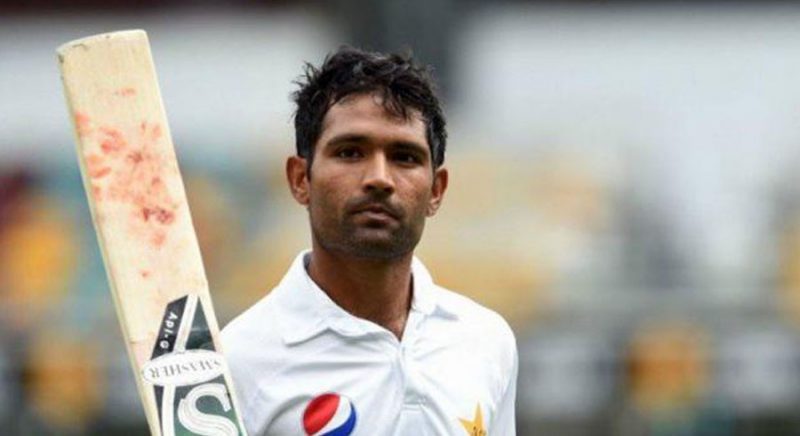 Pakistan’s middle-order batsman Asad Shafiq, in a press conference on Friday, showered praise on the new head coach and chief selector of the national side Misbahul Haq. The Test specialist believed the calm and cool personality of Misbah would be a significant factor in the eventual improvement of Pakistan cricket. “His (Misbah’s) inclusion will definitely impact the team. He has a calm and cool personality and doesn’t panic. I have played with him in many situations where I couldn’t understand what would happen. He controlled everything in those moments in a calm manner,” Shafiq said. “He has experience. He has won us many matches. I have learned a lot from him. The youngsters have a chance to learn from him. He has played everywhere so he can guide everyone accordingly. I think it is a great sign.” Shafiq blamed the pitches for the low strike rates of the batsmen in the first round of the ongoing Quaid-e-Azam (QeA) Trophy. “Strike rates of the batsmen were relatively low. It was because of the pitch. The pitch for the second round has a little grass on it so we hope it will react better. Fast-bowlers will get help from the pitch. We will try to produce exciting cricket for the fans that come to see us play,” he said.

The batsman stated that a balanced pitch was required to create compelling competition and improve the overall quality of the players involved. “If we talk about pitches, in the past there have been pitches where matches have ended in two days. Then there have been pitches where even one innings has not been completed in four days. I think the pitches should be balanced. This way our first-class system can be improved,” he said. Shafiq defended Pakistan’s batting and claimed that the team is improving on a day-by-day basis. “To say that our batting struggles sometimes is right. To say that it always struggles is not. There have been matches in the past where we should have delivered and we made mistakes. But whatever the situation or condition as professionals we have to perform. We should never make excuses. We want to improve day-by-day to compete with the best in the world,” he said.

The batsman revealed that the team management is currently prioritising the fitness standards of the players in order to compete with the best players in the world. “We are working on our fitness. We worked hard on our fitness in the camp. Our focus is to compete with the best in the world in terms of fitness. We will try to raise the bar. Our main focus is on fitness because Misbah bhai was always fit when he played,” he concluded.