Japan to US on auto tariff assurances — put it in writing, please 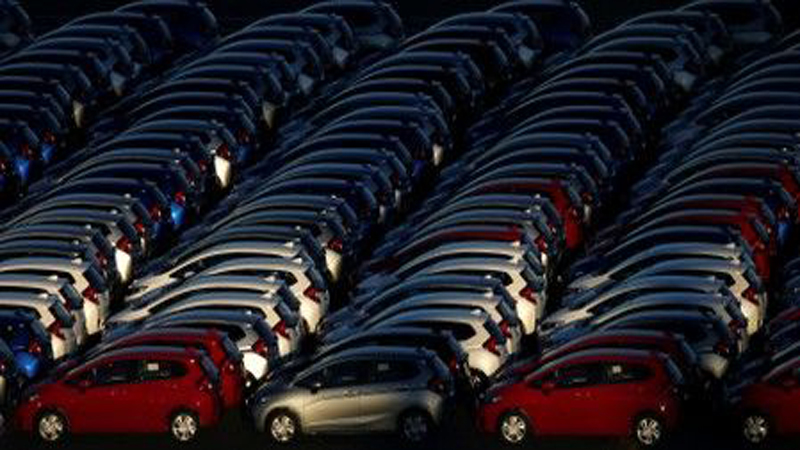 Tokyo wants written assurances from Washington that it will not impose hefty tariffs on its auto exports when US President Donald Trump and Prime Minister Shinzo Abe meet to clinch a deal on farm goods and digital trade next week.

What form such a promise might take, however, remains unclear, especially since the unpredictable Trump will need to sign off on it, Japanese sources familiar with the matter said.

Trump told the US Congress this week that Washington and Tokyo had struck trade agreements on tariff barriers and digital trade but stopped short of assuring Japan that national security tariffs would not be imposed on its vehicles and auto parts. Avoiding the “Section 232” tariffs of up to 25% threatened by Trump is Japan’s biggest goal in the two-way talks.

Japanese officials have said Tokyo will lower tariffs on imports of US farm goods, such as beef and pork, to around levels in the multilateral Trans-Pacific Partnership (TPP) that Trump abandoned soon after taking office. Tokyo had lobbied for Washington to stay in the TPP, which both Abe and Trump’s predecessor Barack Obama saw as a strategy to pressure China to play by global rules. The US leader has insisted he would get a better deal in bilateral negotiations.

Foreign Minister Toshimitsu Motegi, who as economy minister handled talks with US Trade Representative Robert Lighthizer and is expected to meet him ahead of the leaders’ summit, has said he wants to reconfirm in writing that Trump will not impose the tariffs.

“It’s not fixed but we need a clear, objective guarantee,” said a source familiar with the Japanese government’s stance.

Autos count for about two-thirds of Japan’s trade surplus with the United States and such tariffs would deal a harsh blow to its trade-reliant economy.

Several sources familiar with the matter said the assurance could come in a separate document from the new accord, and might be in line with a vague pledge in a joint statement issued last September when the two sides agreed to start trade talks.

That statement said both sides would refrain from measures “against the spirit” of the statement while talks continued.

Trump said this week he wanted more trade talks after the new deal was struck. Japanese sources said more negotiations were likely but some hope for a breather while officials shepherd the new deal through parliament.

Worries remain, though, that Trump will step up pressure as next year’s presidential election draws closer.

Abe, who has cultivated close ties with Trump since the latter was elected, has made a practice of highlighting Japanese investment and job creation in the United States as well as purchases ranging from US military gear to American corn.

“Of course, they are talking about a package that would please Trump,” another Japanese source said, speaking like the others on condition of anonymity. Toyota Motor Corp announced this week it was investing $391 million in its pickup truck assembly plant in San Antonio, Texas, as part of a plan to invest $13 billion in its US operations over five years through 2021.