Pakistani models to walk the ramp at Milan Fashion Week 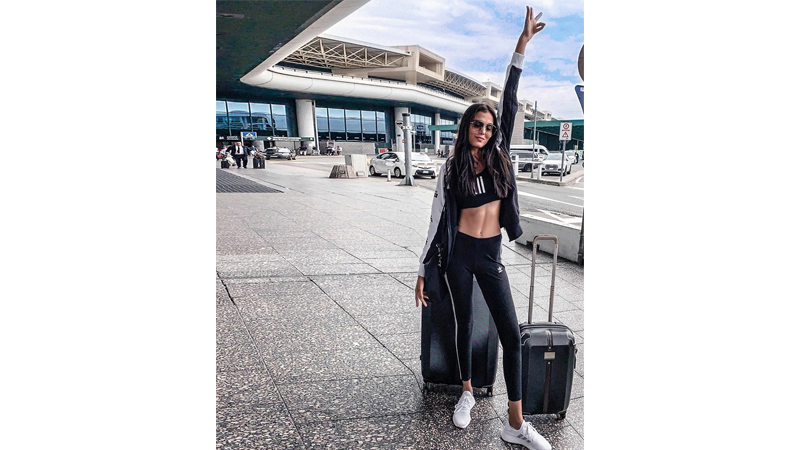 Two Pakistani models Mushk Kalim and Alicia Khan are all set to shine at the Milan Fashion Week. The duo will walk the ramp for Haitian-Italian designer Stella Jean on September 21.

Stella is recognised as the first Black Italian designer and is considered to be Giorgio Armani’s protégé.

The designer’s upcoming collection will feature handicrafts from northern Pakistan. Her collection in collaboration with UNIDO will pay homage to Pakistan’s culture. She visited the country earlier this year to select the models for donning her collection.

Mushk Kalim posted updates of her enroute Italy and shared the exciting news with her fans. She termed it as a defining moment of Pakistan’s fashion industry.

“I feel so immensely honoured and proud to represent Pakistan at the Milan Fashion Week 2019!,” she wrote.

The model added “I’ve been given this unbelievable opportunity to walk for @stellajean_sj_ [Stella Jean], who collaborated with UNIDO, and paid a heartfelt homage to our culture by infusing the embroidery done by women of Pakistan in the northern areas.”

On being selected by the Forbes featured designer, Alicia Khan shared it’s a dream come true moment for her.

“Proud to represent my country, Pakistan & extremely honoured to be present there,” she wrote.

Khan said she feels special to have been given the opportunity to”walk for the Forbes featured designer, Stella Jean who has collaborated with UNIDO, & granted recognition to our culture by including the embroidery by northern Pakistani women as an essential element in her collection.”

The fashion week takes place between September 17 to 23. 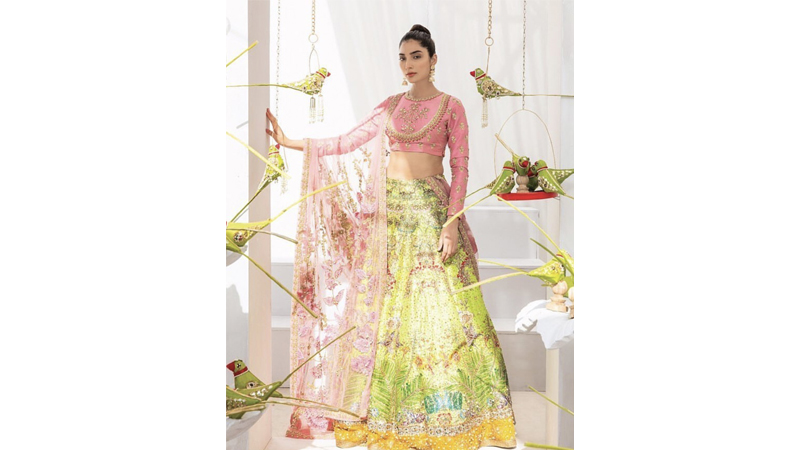 Separately, with a blooming rose catwalk, Italian fashion designer Anna Molinari dedicated her latest collection for label Blumarine to kindness on Friday, a virtue she said seemed “to belong to a time past”.

Molinari, known for her feminine and romantic clothes, used plenty of pastel colours and bold pinks for the Spring/Summer 2020 womenswear line consisting of floaty dresses and floral printed or embroidered tops, skirts, shorts and trousers.

She opened the show with gold looks – a sequined top, dress and skirt – before introducing colourful crop tops and dresses in various lengths and styles, often decorated with cut-out floral patterns.

A long trench coat and jeans were also embroidered with sparkles, while short satin slip dresses were trimmed with lace. Long silky gowns were draped at the front and cut out at the back. Molinari also put shimmering nets over some frocks.

“Kindness towards others without the need of raising the tone of voice; being kind at heart, gracious in manners and behaviour,” Molinari said in show notes.

Mushk Kalim posted updates of her enroute Italy and shared the exciting news with her fans. She termed it as a defining moment of Pakistan’s fashion industry

“This show celebrates an attitude of spontaneous, fresh sense of elegance – I have been inspired by the calm poetry of nature and by the ravishing world of flowers.”

This inspiration came namely in the colours Molinari chose – daisy yellow, jasmine white and azalea fuchsia. She also put animal prints on a top and long chiffon gown. There were also a few black outfits – a bustier top and floral printed creations.

Seeking to spread the message of kindness, Molinari presented five silk embroidered sweaters each spelling out the words “Sweetie”, “Cutie”, “Lovely”, “Smiley” and “Kind” that she said would go for sale on the brand’s site and at Blumarine’s Milan store after the show. 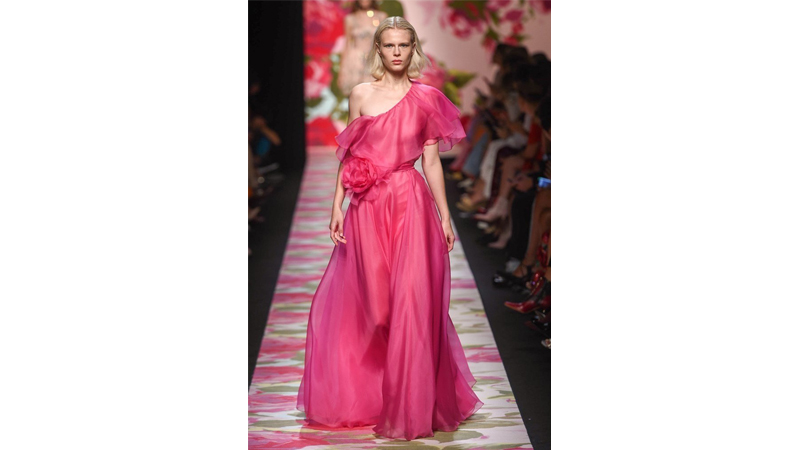 The designer herself wore a beige top with “Thank You” emblazoned on the front when she took the customary bow at the end of the show.

Lee opened the show with a simple one shouldered-black dress, before sending out models in leather designs and loose halter-neck tops printed with pineapples and monkeys.

Bottega Veneta is especially known for its woven bags, and Lee used that technique for slip-on heel shoes. Bags were large and usually slung over the shoulder though some models carried small clutches.

Milan Fashion Week is the third leg of the month-long catwalk calendar which began in New York and also includes London and Paris.

The Milan shows, where brands like Giorgio Armani, Prada, Dolce & Gabbana, Gucci and Missoni are presenting their latest womenswear lines, run until Monday.