Medical colleges and doctors in Pakistan: too many or too few? 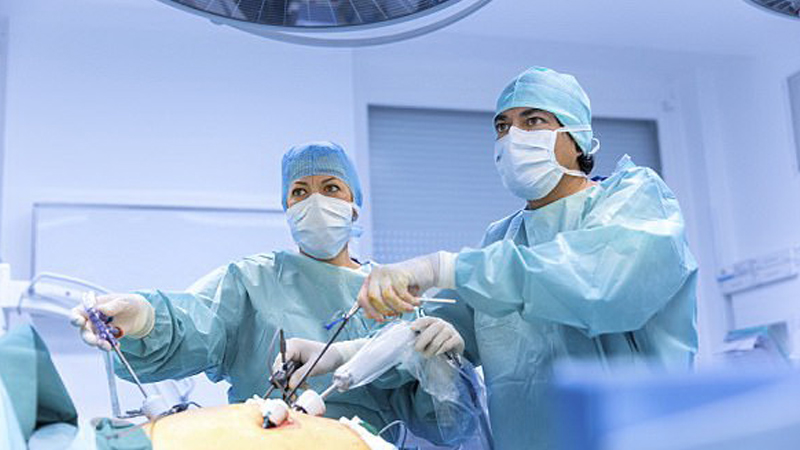 It is often said that Pakistan has too many medical colleges and too many doctors, whereas, on the contrary, there is an acute shortage of GP and specialist doctors in more than half of Pakistan. Healthcare facilities are not only inadequate but also do not meet international standards. More than 70 percent of healthcare in Pakistan is provided by the private sector.

Doctors are very precious and essential members of any community as they prevent, diagnose and treat disease and injury, as well as other mental and physical impairments that the population suffers on a day-to-day basis. They also supervise and evaluate treatment and care provided by other staff members of healthcare teams, such as nurses and allied health professionals.

There is a shortage of doctors not only in Pakistan but also worldwide. The paradox is that the number of medical colleges is consistently rising around the world, but this increase in medical colleges is not adequate, is unevenly distributed and is unable to meet the rising demand for doctors. One of the reasons of the shortage of doctors in Pakistan is the rapidly increasing population-four million every year-and aging population due to increase in life expectancy and their growing medical needs. The shortage is more acute in rural and small towns.

Are 232,358 doctors adequate for Pakistan? Are they available in Pakistan? The answer is no; this number is insufficient. Out of the total number, 110,000 are female doctors (female GP 92,448 and female specialist 15,064);out of that, almost more than 60 percent (60,000) of female doctors are not practising due to family compulsions.

Physician migration and medical brain drain affect many countries, including Pakistan. Only the brightest can pass the USMLE or UK PLAP examinations, meaning that those who emigrate are often the bright and top doctors. More than40,000 Pakistanis doctors are working abroad; 18,000 Pakistani doctors are working in the USA; 6,000 in the UK and other European countries, and in thousands in the Middle Eastern and other countries.

After deducting non-practising female doctors and overseas Pakistani doctors, Pakistanis left with only 130,000 doctors. Out of these, more than 30,000 or more are working in administration or basic science faculty positions, are doing some other business or are retired. So Pakistan is left with 100,000 or less practising doctors.

To provide adequate cover to the population of almost 218 million, we need two doctors per 1,000 persons at least. This means Pakistan needs 436,000 practising doctors; at present, Pakistan has one-fourth of the required doctors strength. The majority of the doctors, especially specialists, are concentrated in big cities or big towns, leaving small towns and rural areas at the mercy of quacks.

Healthcare facilities are not only inadequate but also do not meet international standards. More than 70 percent of healthcare in Pakistan is provided by the private sector

It takes five years in a medical college to produce a doctor, followed by one year of house job, additional four years of postgraduate training and many examinations to become a specialist.

A medical college is an educational institution that teaches medicine and imparts medical knowledge, skills and ethics for five years, and awards a professional degree for physicians and surgeons after they successfully pass very tough five annual professional university examinations. The majority of the countries have overcome doctors’ shortage by encouraging private sector investment in medical education and healthcare.

It is not easy to establish a private or a public medical college. Besides spending billions of rupees on capital and operational costs, one has to fulfil strict and ever-changing PMDC laid down criteria. You are required to establish a college building, hostels, furnish and equip them completely, hire teaching faculty at hefty salaries, and establish a teaching hospital of 500 beds, with most of the medical and surgical specialties, in which you have to treat at least 35 percent of patients free of cost.

Private medical colleges are not allowed to admit students on their own, as admissions are centralised and done by government universities in each province. The fee is also fixed and is audited and strictly controlled. Because of these strict measures for the last one year, many students and medical colleges faced many problems in the admission process; some students’ admissions were delayed by three to four months; some colleges faced great difficulties in completing their allocated seat quota; most of the seats remained vacant; and only a very few colleges were able to fill their foreign quota seats.

In order to overcome shortage of doctors Pakistan needs to increase production of doctors. Government should encourage individuals and business concerns to invest in healthcare and to establish medical colleges and teaching hospitals along with nursing and allied professional colleges. Medical students from backwards areas, who avail reserved seats for admission in public medical colleges, must serve after graduation in those same areas for at least five years; only then the MBBS degree should be awarded to them.

Pakistan is a human resource rich country; our oil is human resource, and it is floating above the surface. By training this human resource in healthcare, we can fulfil our own deficiency and also export them, as according to the World Health Organisation estimates, there is a shortage of 4.3 million physicians, nurses and other health workers worldwide. The United States relies on foreign-trained healthcare workers. About a quarter of doctors in the United States and 27 percent of US medical resident doctors come from abroad. Of these foreign doctors, almost 25 percent were trained in India and Pakistan.

We need to make consistent policies on healthcare. Government should involve opposition parties and all stakeholders to make a short and long-term healthcare plan. With the consensus of all stakeholders, it should have consistent policies, and not change or bring new PMDC council every year. Each PMDC council makes new rules according to their whims, discouraging private sector and making unachievable criteria.

The writer is the founding chairman of Global consultants and has the honour of being the only Pakistani to have planned and executed the healthcare projects of 12 Medical Colleges, 4 Dental Colleges, 9 Hospitals, 2 Nursing Colleges, Pharmacy College and two Institutes of Allied Health Sciences