South Korea has pledged to provide 50,000 tons of rice aid to its northern neighbor through the UN World Food Programme
Sporadic famines are common in North Korea, although a severe nationwide famine in the 1990s killed as many as a million people 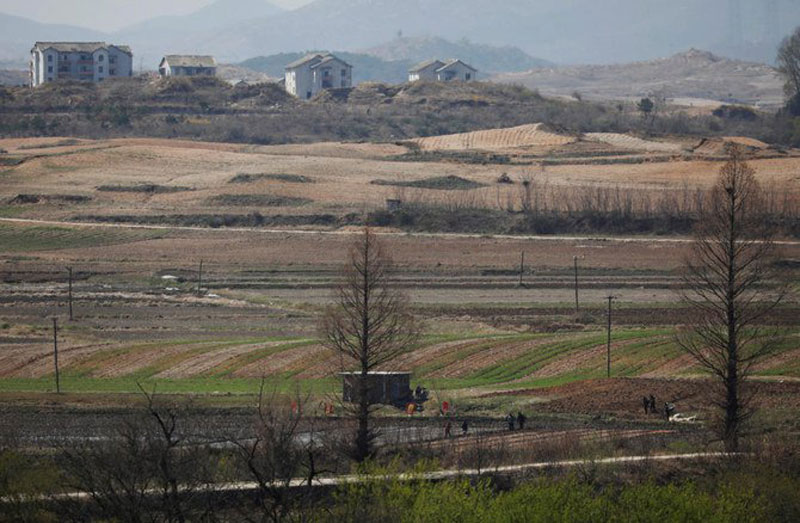 SEOUL: North Korea’s crop production this year is expected to drop to its lowest level in five years, bringing serious shortages for 40 percent of the population, as a dry spell and poor irrigation hit an economy already reeling from sanctions over its weapons programs, the United Nations said on Thursday.

In its latest quarterly Crop Prospects and Food Situation report, the UN Food and Agriculture Organization (FAO) said the poor harvest of the country’s main crops, rice and maize, means 10.1 million people are in urgent need of assistance.

“Below-average rains and low irrigation availability between mid-April and mid-July, a critical period for crop development, mainly affected the main season rice and maize crops,” the FAO said. The report, which covers cereal supply and demand around the world and identifies countries that need external food aid, didn’t disclose detailed estimates of production by volume.

North Korea has long struggled with food shortages and a dysfunctional state rationing system, and state media has in recent months warned of drought and other “persisting abnormal phenomena.”

The crops shortfall comes as the country bids to contain the spread of African swine fever in its pig herd, following confirmation of a first case in May.

The disease, fatal to pigs though not harmful to humans, has spread into Asia — including South Korea — since first being detected in China last year, resulting in large-scale culls and reduced production of pork, a staple meat across the region including in North Korea.

The FAO report followed earlier UN assessments this year that the isolated country’s food production last year fell to its lowest level in more than a decade amid a prolonged heatwave, typhoon and floods.

South Korea has pledged to provide 50,000 tons of rice aid to its northern neighbor through the UN World Food Programme (WFP). But its delivery has been delayed by Pyongyang’s lukewarm response amid stalled inter-Korean dialogue and denuclearization talks with the United States, Seoul officials said.

In July, the North’s official KCNA news agency said a campaign to mitigate the effects of drought was under way by digging canals and wells, installing pumps, and using people and vehicles to transport water.

But North Korea has told the United Nations to cut the number of its staff it deploys in the country for aid programs. citing the “politicization of UN assistance by hostile forces.”

Sporadic famines are common in North Korea, but observers said a severe nationwide famine in the 1990s killed as many as a million people.