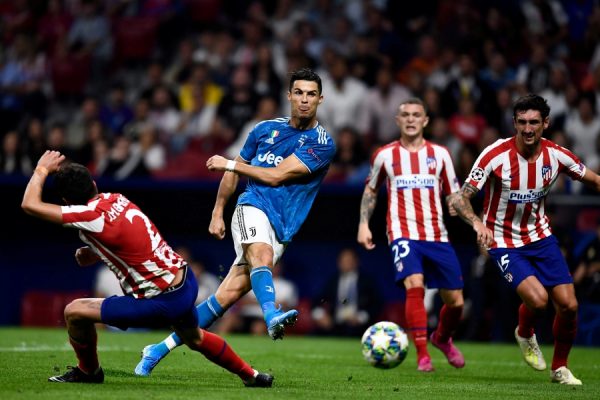 MADRID: Atletico Madrid produced a typically spirited comeback from two goals down to draw 2-2 with Juventus in a thrilling finale to Wednesday’s heavyweight Champions League Group D opener.Mexico midfielder Hector Herrera levelled in the 90th minute with a thumping header from a corner after defender Stefan Savic had pulled a goal back for the Spaniards in the 70th with a header from close range following a free kick.The Spaniards were the brighter side in the first half but Juve went ahead in the 48th minute when Juan Cuadrado sent an unstoppable curling shot into the top corner after a break engineered by a punt forward from defender Leonardo Bonucci. The Italian champions doubled their lead in the 65th minute following another quick counter as midfielder Blaise Matuidi headed home a cross from Alex Sandro. But with bullish coach Diego Simeone motivating them from the sidelines and a typically boisterous Wanda Metropolitano crowd roaring them on, Atletico refused to give in. Atletico and Juve have a point each while Lokomotiv Moscow top Group D after beating Bayer Leverkusen 2-1 away from home.