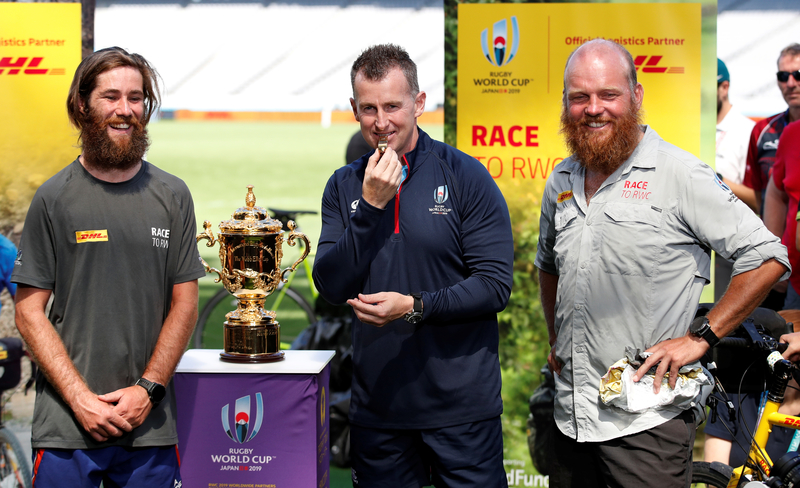 TOKYO: Two intrepid cyclists, Ron Rutland and James Owens, delivered the whistle to be used in the opening match of the Rugby World Cup on Thursday, having travelled over 20,000 km (12,427 miles) in 231 days from London.The pair, who left Twickenham Stadium in February to begin their trip, handed the whistle to Welsh referee Nigel Owens, who will be taking charge of Friday’s clash between hosts Japan and Russia.The journey, which has taken in 27 countries, has aimed to raise awareness and money for charity Child Fund Pass it Back, which is working in partnership with World Rugby, looking to empower under-privileged children across Asia through the game.They delivered the whistle safe and sound to Nigel Owens in Tokyo Stadium, which will host Friday’s opening match.”It is amazing to be here, this is incredibly surreal,” said James Owens, who is no relation to the referee.”We have been on a hell of a journey since leaving London six months ago. Thank you to everyone who has bought into our journey and tracked this whistle.” The duo will stay on in Japan for the next six weeks to enjoy the World Cup.