Takhleeq — a literary delight through and through

* After Hamd-o-Naat by Azhar Javed, Naseem-e-Seher, Asnath Kanwal and Shujaat Ali Rahi, Dr Mubarak Ali in his essay presents a comprehensive voice of Sindh that is Shah Abdul Latif 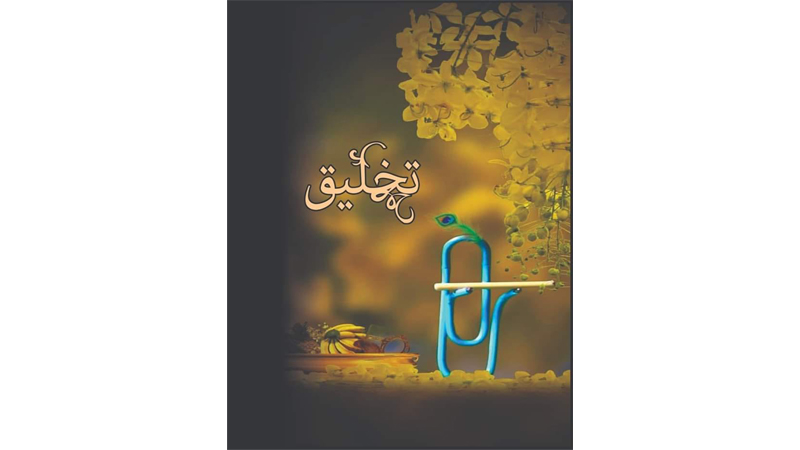 Editorial complains about sudden rise in postal fee. An ordinary letter that used to be sent with Rs 8 ticket now is of Rs 20. Book post and registration post tickets are even higher.

This exorbitant raise has practically minimized the transmittal of not only this but also other literary magazines. The editorial also highlights the black day in the history of Kashmir. If division of Punjab was not enough at the time of Partition, Kashmir is annexed by India on the pattern of Israel’s annexation of Palestine. Curfew, business closure, killing and torture of armless innocent Kashmiris are the order of the day. It has become a jail with no food and medicines, no communications with outside world. It is height of cruelty! This situation calls for unity among government and opposition parties and further efforts to propagate this scenario.

After Hamd-o-Naat by Azhar Javed, Naseem-e-Seher, Asnath Kanwal and Shujaat Ali Rahi, Dr Mubarak Ali in his essay presents a comprehensive voice of Sindh that is Shah Abdul Latif Bhitai. He describes two types of movements; one, that is political documented by people who are involved with the activities of the government, two, that is hidden in intellectuals’ writings. Shah Abdul Latif Bhitai falls in the latter category regarding history of Sindh (Page 07).

Dr Haroon ur Rasheed Tabsum is an optimist and an unfailing writer. He presents Pakistan Case based on the changes that have impact on a man’s thinking looking from better to the best. With this approach one overpowers the obstacles in fulfilling one’s dream. He mentions various developmental projects undertaken so far and attributes the failures to our imperfections. The other essays are by Nisar Ahmad Siddiqui (India) titled ‘Akhlaqi Nuqta-e-Nazar Ka Nafaz’ (implementing moral teachings), Arif Shafiq on Ijtimai Fikr (collective wisdom), Nazir Qaiser on Riaz Nadim, Iqbal Feroze on Akhtar Shirani’s Salma and Zafar Sipal on history of philosophy.

A section covers poems by Ayub Khawer and others. Ten short stories have been included in the section ‘Afsaney’. Azhar Javed’s short story ‘Chaudhawan Marne Wala’ (fourteenth death) is a captivating story as far as its emotional content is concerned. Azhar explains his first angina attack because of a young lady who used to contribute some poetry for his magazine. Once he asked her for the same. Her reply was in negative. Jokingly he said to get it written from the one who wrote earlier for her. She became upset. That is when Azhar felt pain in his heart. He had opened his office in a street that was quite broad and relatively less noisy till boys started playing cricket there in the afternoons. He used to control his anger whenever a ball hit his window. Once he discussed the situation with a neighbour Khwaja Saheb whose complaint was similar. Then for a few days it was all quite in the street. Once he saw a terrified face outside his office window till a woman grabbed the boy and took him away. Khwaja Saheb mentioned that there was a ‘Hathora (Hammer) Gang’ in the city that had killed thirteen persons by hitting on their head with a hammer in Islampura. Azhar fell down at listening to this news as though he was the fourteenth victim.

Eighteen Ghazals by different contributors has been included in the Ghazal section. Not one is worth mentioning. However the section ‘Yadain’ (memories) has a submission ‘Roohaniat, Bachpan, Larakpan, Ghar Main’ by Saeed Parvez, worth mentioning. He remembers having seen his brother Habib Jalib in his house in 1953. He had seen Mushtaq Bhai, Hameed Bhai and Rasheeda Apa, his other siblings in the house but Habib’s appearance mystified him because of his brother’s towering personality. He was upset as Caravan Publishers desired to publish his book but Habib did not have enough material, not because he had not written enough but because he had not maintained a proper record of it. Rasheeda Apa came to her brother’s rescue and took out a bag from her boxwith his notes and gave Habib’s poetry to him. The 112 page book was finally published with prologue by Ahmad Nadeem Qasmi and cover page designed by Habif Ramay. One of the couplets of the poetry was ‘Kutch Aur Ho Gaya Hei, Woh Sha’air Nahi Raha/Wabasta Ho Gaya Jo Kisi Tajdar Sei’ (He has proved to be something else than a poet as he developed his allegiance to the King). On his death bed Jalib had promised that he shall come again in some beautiful shape.

Dr. Akhtar Shumar remembers the intellectuals that used to gather in Pak Tea House (Page 85). He gives details of how he came to Lahore and met A. G. Josh in AlHamd’s Safdar’s office where he also met famous poet and film maker, Saif uddin Saif. Akhtar saw Zaheer Kashmiri in Beadon Road, Lakshmi Chowk or in Radio’s Central Production Unit. Autobiography of Maulana Muhammad Jaffar Thanesari’s third installment is given by Muhammad Hamid Siraj in a concise manner.

Dr Haroonur Rasheed Tabbasum is an optimist and an unfailing writer. He presents Pakistan’s case based on the changes that have impacted a man’s thinking looking from better to the best. With this approach, one overpowers the obstacles in fulfilling one’s dream. He mentions various developmental projects undertaken so far and attributes the failures to our imperfections

The section on music presents the first instalment of the life and works of Malika-e-Taranum Nurjehan. Basically Nurjehan’s career spans in three eras; first life before the creation of Pakistan, secondly her singing cum acting career in Pakistan and thirdly her Playback singing for films. The scene of her birth is reproduced from this reviewer’s book Melody Singers 1 “Cool breeze had started blowing in the gas lamps on roads of Kasur city but streets and habitats were dark. It was a night of September 21, 1926. Those were the days when people retired early for bed. In a small house in Kot Murad, Kasur, Mian Saheb (Madad Ali) took out match box and lit a lamp. Call for Isha prayers were in the air. Mian Saheb was wondering as to when Ellahi Jan would bring ‘Issaan’, the ‘Da’ai’ (child delivery nurse) with her! Mian Saheb had dispatched two sons and a daughter elsewhere as a new arrival was in the offing. Poverty stricken house had no milk or sugar. All Mian Saheb could do was to pray hard. Half an hour later Issaan who had appeared earlier informed that a girl was born to Mian Saheb and Fateh Bibi. Two seers of wheat and one seer of Gur (raw sugar) was all the nurse was content with as her payment. Maternal Aunt Ellahi Jaan, a reasonable good singer of that time, put a little sugar in the newborn’s mouth as ‘Gurti’ (first food for the newborn). It is believed that a person who gives ‘Gurti’ to the baby also transmits her/his qualities in the newborn. She commented to her brother that the way the child cried meant she would be a good singer one day. Perhaps the ‘gurti’ of her paternal aunt much later made Allah Wasaai, Nurjehan of the millennium.

The following day Ustad Ghulam Muhammad, a well-known classical singer of the city (who stuck to Nurjehan till her death), caressed the baby on her head and prophesied that the baby would one day make her parents proud. Even when baby’s hair (Jhand) was removed after forty days, her crying was stated to be in tune. Allah Wasai’s father offered Ustad Ghulam Muhammad to raise her at the latter’s house but he was too poor to accept that offer. However he started teaching her music and at the age of seven she could render ‘Sargam’ with ease. He instructed her in the traditions of the Patiala Gharana of classical music with special emphasis on the classical forms of thumri, dhrupad, and kheyal forms of singing”.

The rest of the journal under review contains humour by Najma Usman from United Kingdom, memories of the past; Dr Anwar Sajjad, Syed Shabbir Hussain Shah Zahid and Azhar Javed, Keval Soori and Narang Saqi A section on Punjabi has contributions by Hanif Bawa and Salim Shahzad. In the end reviews and letters to the editor have been included. So, this magazine has all what a reader of literature is looking for!