Salahuddin, We are Sorry

A few weeks ago, we all heard the’familiar’ news. The headlines on our televisions blared that the police had allegedly beaten another person to death while in custody. The police brought a half-dead man covered in bruises to the hospital, only for him to be declared dead shortly after arrival. 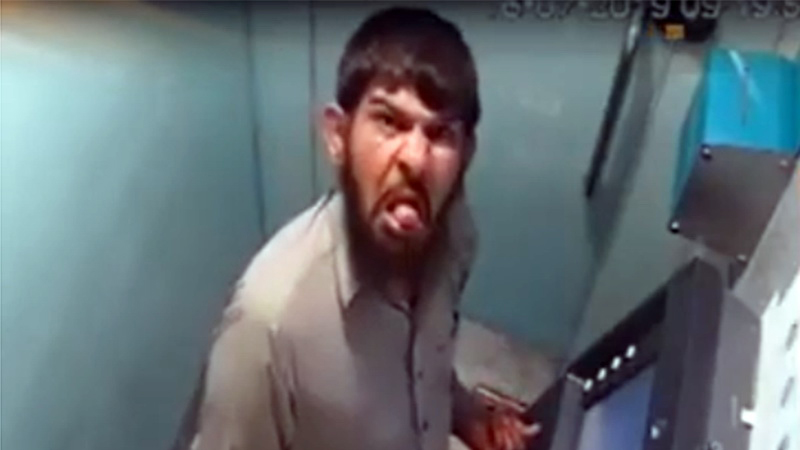 This time the man in question was a mentally challenged individual. His name was Salahuddin Ayubi. He had run away from his home in Kamonki, Gujrat. He apparently liked tinkering around with ATM machines andmaking rude faces at the camera after stealing whatever he could from the machines.

The killing of Salahuddin calls into question our society’s morality and its failure to administer justice.Do thecallousness of the police and the absolute disinterest of the judicial system expose the decay and rot within our society?

Let’s have a look at some facts here.

Salahuddin was indeed a criminal. He did indeed break open at least one ATM machine, the CCTV video shows us that much. Whether he was mentally challenged or not is also a question that is up for debate. But one thing is certain: thepolice are prohibited from torturinganyone in custody, let alone kill him. But we all know that what is written in the law and practised are two different things.

Lest we forget, the use of brute force – less than torture – stands negated by the factthat Salahuddin did not pose any physical threat to any officers or commit a robbery armed with a deadly weapon.

As for the policestatement that Salahuddin was mentally sane and able to stand trial, that he spoke and was pretending to be mentally unfit, every citizen should ask the IG Punjab: who gave the police officers involved the power to be judge, jury and executioner at the same time? Are they medical professionals? Are they the magistrate or judge?What legal power do they have to declare a person mentally fit or unfit? The answer is simple: they neither had the right nor the authority to do what they did.

Any person with basic common sense can see that the law is very clear on matters relating to crimes perpetrated by persons of unsound mind, and the law protects the rights of such persons

The law is clear in such cases. After arrest, the officer in charge of police station is bound by law to produce the accused before a magistrate at the first possible instance. Once the accused appears before the magistrate and it becomes clear that the accusedis mentally challenged, the magistrate using the extensive powers of his office under Sections 464-475 of the Code of Criminal Procedure 1898 (Code) may probe the fact of the accused person’s lunacy and mental disability.

Thereafter, the magistrate may order a medical officer to ascertain the fact of the accused person’s mental soundness under section 464 of the Code. A board of medical professionals may also be created at the district level to assess the veracity and the extent of the accused’smental fitness. Keeping in view the findings of the medical officer or board, the magistrate or the district judge or a Justice of the High Courtthen proceed as per the findings of the report.

If the accused is found to be mentally unfit, the extent of the disability will determine the course of the trial. The judge may either release the accused on bail or order the accused in the custody of any officer thejudge deems proper in this regard. It is also important to note that the law is so sensitive to the needs and welfare of people of unsound mind that under section 466 of the Code this release may be granted during the assessment of the accused person’s mental capacity.

If the Court believes that the accused is of unsound mind and subsequently acquitted due to this unsoundness and the nature of the crime is very severe, he/she may be detained in safe custody other than a lunatic asylum. Such person may also be given into the custody of a friend or a relative under section 475 of the Code.

Any person with basic common sense can see that the law is very clear on matters relating to crimes perpetrated by persons of unsound mind, and the law protects the rights of such persons.

The police officers involved in the extrajudicial murder of Salahuddin have made a mockery of Pakistan’s legal system. They have also challenged Pakistan’s justice system and its lawsby being both judge and executioner. The fact that these police officers are not in handcuffs with their ranks torn off their shoulders speaks volumes about the attitude and general nature of the police force of Pakistan.

It is high time that the police force was restructured and reformed so thoroughly that its rank and file understood the meaning of the term’To protect and serve’. Merely paying lip service and making model thanas with front desks will not change the way our policemen approach the process of investigation. Nor will it bring the hundreds if not thousands that suffer daily at the hands of these wolves posing as sheep dogs.

I hope we learn these lessons and change for the positive lest Salahuddin’s death become another bloodstained footnote inthe ever-bulging book of Pakistan’s administrative and legal failures.

The writer is a Multan-based lawyer and can be reached at syedalitahiradvocate@gmail.com