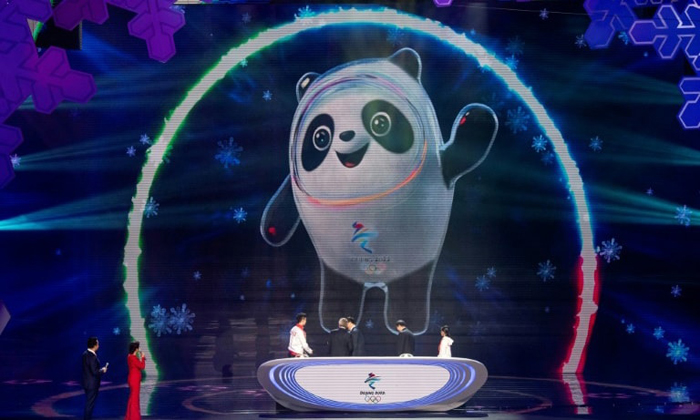 BEIJING: China has chosen its most iconic animal — the panda — to be the official mascot of the Beijing Olympics in 2022, the Winter Games organising committee announced on Wednesday. The mascot, named “Bing Dwen Dwen,” is a chubby giant panda wearing a suit of ice. The black and white bear has a “heart of gold and a love of all things winter sports,” tweeted the Beijing Organising Committee for the 2022 Olympic and Paralympic Winter Games. For the Paralympic Winter Games, the mascot is a blushing red lantern named “Shuey Rhon Rhon.” Beijing will be the first city to host both summer and winter Games, after winning the bid in 2015, beating out underdog Almaty. The Chinese capital held the summer Olympics in 2008 in what was then seen as China sealing its place on the world stage as an emerging superpower. Beijing will have to rely on widespread use of artificial snow for the Winter Games, and has said it will budget $1.5 billion for investment in Olympic villages, sports venues, and other infrastructure.