Turkey is home to more than 3.6 million Syrian refugees, the highest number in the world
Working with the US, Turkish forces are seeking to clear a swathe of northern Syria 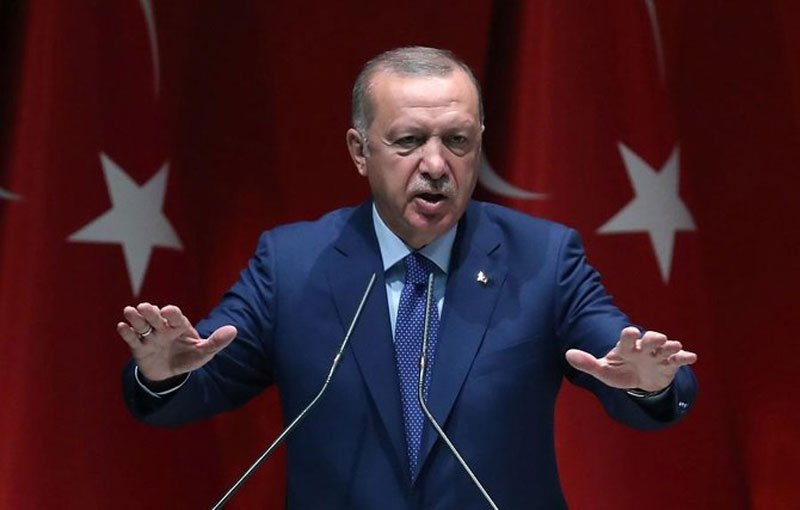 ANKARA: Turkish President Recep Tayyip said Wednesday that up to three million Syrian refugees could be returned to a “safe zone” it is seeking to establish in northern Syria.

Turkey is home to more than 3.6 million Syrian refugees — the highest number in the world — and there have been signs of a public backlash over their presence after eight long years of war in its neighbor to the south.

Working with the United States, Turkish forces are seeking to clear a swathe of northern Syria, in part to push Kurdish rebels away from its border but also to facilitate the return of refugees.

If successful, “we will be able to house, depending on the depth of the safe zone, between two and three million Syrian refugees that are currently in Turkey and Europe,” Erdogan said in a televised speech.
Erdogan said earlier this week that he envisions the “peace corridor” as stretching right across northern Syria all the way to Deir ez-Zor and Raqqa — which he said would allow even more than three million to return.
He called for “much greater support” from Europe in realizing the plan.
For Turkey, a key priority is curbing the influence of Syrian Kurdish People’s Protection Units (YPG), which it sees as an off-shoot of the Kurdish separatists in its own territory.

On Wednesday, Erdogan repeated his threat to launch military attacks against the Kurds if they are not pushed back from the Turkish border by the end of the month.

“As we’ve said, if we don’t see results in the next two weeks, we will activate our plan,” he said.
But the YPG is firmly established in northern Syria and has been a crucial ally of the United States in fighting the Daesh group, creating a tricky balancing act for Washington.

Ankara says US promises to push the YPG back from the Turkish border have so far been “cosmetic.”
Turkey has twice launched unilateral operations into Syria against the YPG and Daesh group, in 2016 and 2018.