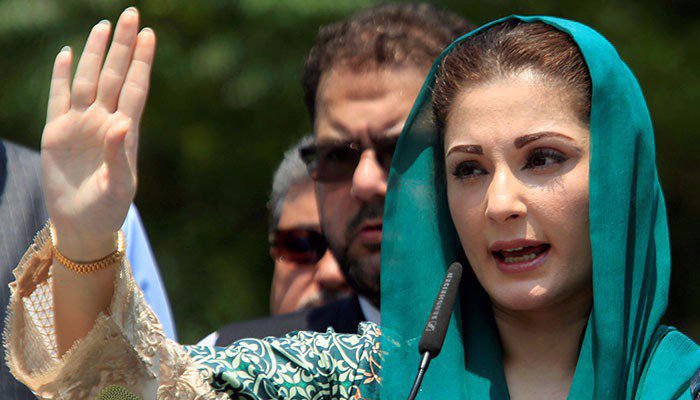 Maryam and Abbas were presented before the court of accountability judge as Ameer Muhammad Khan as their 14 days remand expired today.

The hearing today was adjourned for a while as workers of PML-N entered Judicial complex and the courtroom to meet their leader.

The NAB prosecutor told the court that the Chaudhry Sugar Mills has been registered with the Securities and Exchange Commission of Pakistan since 1992 and was established from an investment of Rs700 million, out of which Rs400m was borrowed from a bank.

He said the mills received a loan of $15m from offshore companies owned by former prime minister Nawaz Sharif’s family and added that the accountability watchdog was collecting records of Maryam’s income and tax records as well as data on the Sharif family’s offshore companies. According to the prosecutor, Maryam and Abbas had not given a clear answer on the $15m loan.

The investigation officer told the court that Rs900m were transferred in cash in two bank accounts that belong to Chaudhry Sugar Mills. He said the name of the person who transferred the money was not known. The accused claim that the person was their employee but have not presented his record, the IO added.

While speaking to reporters in court, Maryam said: “In the past 42 days, I was not questioned about corruption of a single rupee.

“They keep asking why my grandfather transferred his business to me. I have told them a 100 times that a person would transfer shares of his property to his own children, not his neighbours.”

She questioned why NAB had arrested her if they did not have relevant documents. “How can a person submit documents while they are under arrest?

“I was arrested for political reasons because I was holding rallies,” she said.

Maryam added: “If they think I will make any requests, they are mistaken.”