IHC to take up Nawaz’s appeal in Al-Azizia reference

The Islamabad High Court will hear on Wednesday an appeal filed by Nawaz Sharif, the former Prime Minister of Pakistan against his conviction in Al Azizia Corruption Reference.

The accountability court disqualified Nawaz Sharif last year and later he was put behind the bars. Momentarily, he is serving his seven-years imprisonment in Kot Lakhpat Jail. Furthermore, Sharif was also charged with a fine of Rs1.5 billion and the US $25 million in the Al-Azizia reference.

The reference erected as Sharif family failed to justify the funding sources to install Al Azizia Steel Mill and Hill Metal Establishment in Saudi Arabia characterizing it as a case of owning assets beyond means.

The court is also believed to hear an appeal filed by NAB against Nawaz Sharif for Flagship Corruption Case. Notably, Judge Arshad Malik passed the judgments who has now been removed from the position owing to the leaked video scandal. A few months back, Maryum Nawaz released a video clip that sparked a controversy across the board. The video opened a Pandora box as it portrayed Judge Malik confessing that he was blackmailed and pressurized to convict Nawaz Sharif in this case. 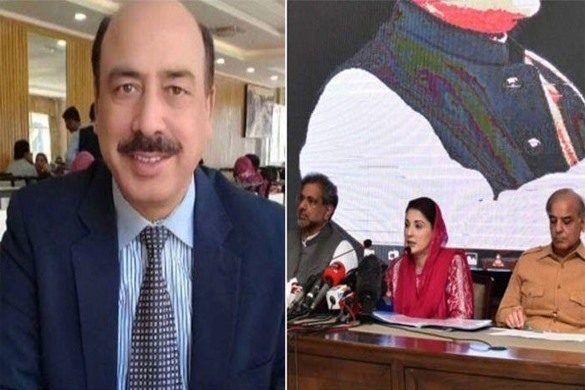 Maryum tweeted addressing the judge that you were blackmailed have passed the judgment under pressure against your conscience. I can understand that you have signed the press release today in constraints like the judgment. She then thanked him for not negating the video that varified the facts.

In contrast, Arshad Malik negated the allegations and termed it a conspiracy to affect his credibility. According to him, it was a gross attempt to temper the facts.

However, Malik will be subjected to the disciplinary proceeding in Lahore High Court.