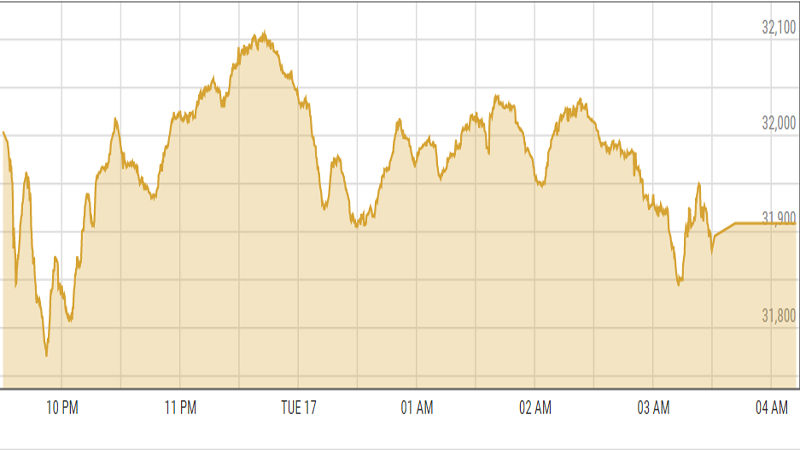 The indices remained volatile throughout the day as KSE 100 Index opened at 32,004.33 and closed at 31,908.92, while volumes improved slightly from the previous session.

On the economic front, the State Bank of Pakistan (SBP) has left interest rates unchanged at 13.25pc (8-year high) for the next two months. The market sentiments were volatile amid lack of interest in the trading session.

Although the week kicked off on a positive note influenced by the speculation of monetary policy cut, the state Bank’s announcement didn’t came as a surprise since the market didn’t achieved the desired outcome laid by the SBP.

The management of National Foods Limited (NATF +4.09pc) announced that its holding company would make a further equity investment of Rs300 million into the company by acquiring ordinary shares from the open market. NATF jumped to its upper cap soon after the announcement.

Kot Addu Power Company Limited (KAPCO -3.29pc) meanwhile declared its financials for FY19. The company also announced a final cash dividend of Rs3 per share. Sales decreased by 7.71pc YoY, while earnings per share increased from Rs12.06 in FY18 to Rs14.90 in FY19.

The market may follow a bearish trend in the following sessions, as sentiments may remain inverse due to presence of International Monetary Fund (IMF) team. According to reports, Pakistan is likely to miss the IMF’s condition to refund Rs 75 billion to taxpayers in the first quarter despite an incentive by the global lender. The IMF had offered to soften the tough primary budget deficit reduction target if the country performs better in tax refunds.