Pakistan vows to complete all ongoing projects under CPEC 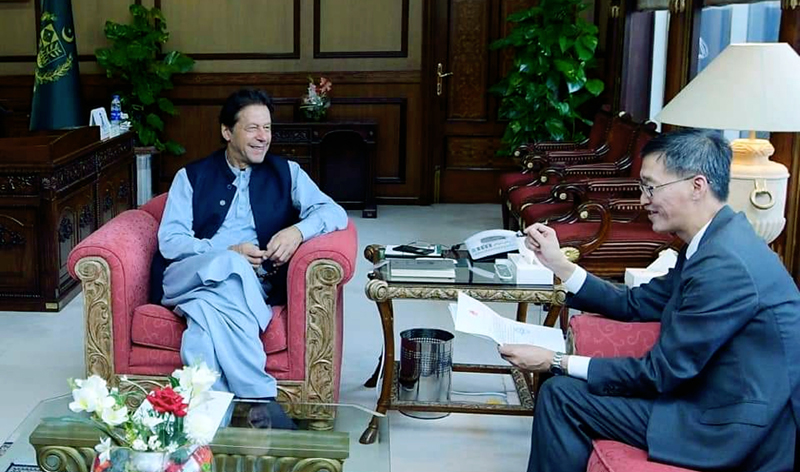 Prime Minister Imran Khan on Wednesday reiterated the resolve to complete ongoing projects under the China-Pakistan Economic Corridor (CPEC), which has contributed substantially to Pakistan’s development and prosperity.

Talking to Chinese Ambassador Yao Jing, who called on him here at the PM Office, the prime minister also reaffirmed Pakistan’s commitment to further strengthen the all-weather strategic cooperative partnership with China and underscored the high priority attached to the CPEC.

The Chinese envoy conveyed the best wishes of President Xi Jinping to the prime minister on his forthcoming birthday. The Chinese president’s message described the traditional friendship between China and Pakistan as ‘rock solid’, and reiterated the resolve to build a closer China-Pakistan community of shared future in the new era.

The prime minister asked the ambassador to convey his thanks to the Chinese president.

Separately, Prime Minister Imran Khan chaired a high-level meeting to review progress on incentives being offered for attracting investment in the industrial sectors and relocating units to Pakistan. He said with the country now on right track of economic growth, the government, in order to attract investments, will provide incentives to potential investors along with the ease of doing business. He directed the finance, planning and commerce divisions and the Board of Investment to peruse successful investment models of regional countries so as to offer best facilities and incentives to the investors. He also directed to fast-track the process of provision of utilities such as electricity, gas and road access to Special Economic Zones (SEZs) so that potential investors do not face any hindrance in investments and establishment of industries.

The meeting was briefed that SEZs in Pakistan have great potential for attracting investments particularly the Chinese companies. It was also apprised that China has expressed keen interest in various Pakistani products which will improve trade balance between the two countries. The meeting was informed that China-Pakistan Economic Corridor (CPEC) remains the top-most priority of the government and infrastructure development, energy and communication sectors have been earmarked for attracting investments. It was further apprised that the Chinese and Russian companies have shown interest in the revival of Pakistan Steel Mills and the offers are being evaluated.