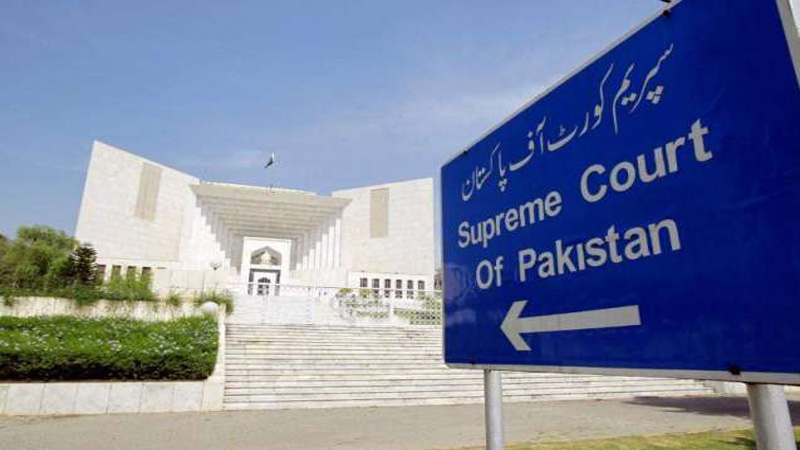 A Supreme Court bench hearing a set of petitions pertaining to presidential reference against Justice Qazi Faez Isa was on Tuesday dissolved after the lawyer of the apex court judge raised objection on its formation, a private TV channel reported.

The bench decided to send the matter of forming a new bench to hear the reference against Justice Qazi Faez Isa to the chief justice after Justice Ijazul Ahsan and Justice Sardar Tariq Masood recused themselves from the bench.

As the hearing started, raising objection on the bench, Munir A Malik, counsel for Justice Qazi Faez Isa, said some of the judges should have refused to hear the case on moral grounds. He requested that a full court bench excluding members of the Supreme Judicial Council be formed. He said the judges who have a personal interest in the matter should not be part of the bench. When Justice Umar Atta Bandial asked him about the judge who he thinks can be biased, the lawyer said he won’t say any judge is biased.

Justice Umar Atta Bandial said he wants to convey that no judge of the Supreme Court is biased because every judge performs his duty in accordance with the constitution and the law. He said no judge of the court has any interest in any case. “You are going in wrong direction by talking about bias of the judges. We want to hear more arguments on the matter,” he said.

The lawyer said people must have confidence on the judiciary and justice can’t be done if there is lack of trust. Justice Bandial said it is not fair to raise questions about the bench in the beginning. He said judges have no personal interest and it will open the door for rumours.

The lawyer said two members of the bench who will possibly become chief justice in the future have direct interest in the case. Justice Faisal Arab said the Supreme Judicial Council will continue its proceedings if Munir A Malik fails to prove his point. The lawyer said his client has no objection to the person of any judge and the matter only pertains to the image and prestige of the court.

To Munir A Malik’s objection, Justice Tariq Masooq said he has already made up his mind to not become part of the bench. Justice Ijazul Ahsan said he is also rescuing himself to fulfill the requirements of justice.

The lawyer said he respects both the judges and reposes full trust in them. Justice Umar Atta Bandial, however, said he has reservations over the way removal of the judges was sought.

After the break in the hearing, Justice Tariq Masood and Justice Ijaz-ul-Ahsan recused themselves from the bench. Following which the Supreme Court bench was dissolved and the request for new bench was sent to the chief justice of Pakistan.