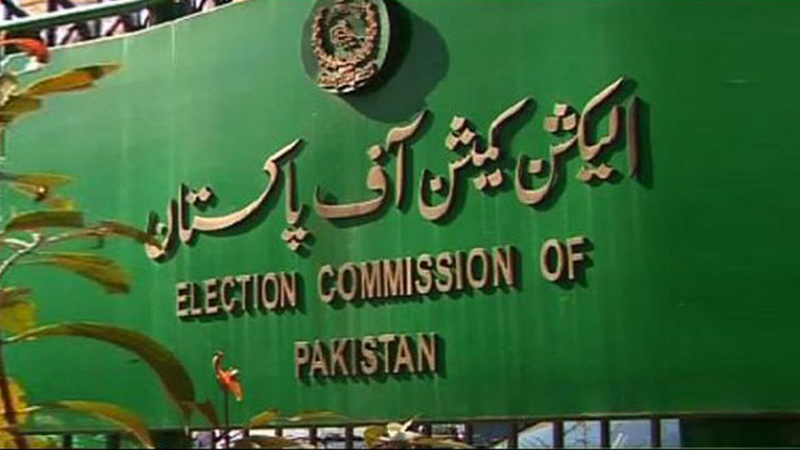 Maryam Nawaz can stay on as vice president of the PML-N, the verdict of the election commission said. The ECP ruled that Maryam, who is currently in the National Accountability Bureau’s (NAB) physical remand, cannot be appointed as acting president of the party and that she should not accept any functional party position.

Chief Election Commissioner Justice (r) Raza Khan announced the verdict on Tuesday. A three-member bench of the ECP had reserved the verdict in the disqualification case on Monday.

The petition for disqualification had been filed by Pakistan Tehreek-e-Insaf leaders Malika Bukhari, Farrukh Habib and Kanwal Shauzab.

In August, the ECP had postponed the verdict challenging the appointment of Maryam Nawaz as PML-N vice-president. The ECP bench hearing the case had ordered that lawyers be given additional assistance in the case and said they needed more understanding of the Supreme Court verdict and articles 62 and 63 of the constitution.

Reacting to the ECP’s ruling, PML-N Spokesperson Marriyum Aurangzeb said that PTI had gone to the ECP with the petition for ‘cheap publicity’. “Maryam Nawaz does not require any position or designation to help the people of Pakistan,” she said, adding, “Maryam’s services for the restoration of the constitution and law is not hidden from anyone […] she stayed behind for five years and worked on health and education along with [former prime minister] Nawaz Sharif.” The party spokesperson said the current government does ‘small things’ like the petition for which they have received a response from the election commission.

Meanwhile, Special Assistant to Prime Minister on Media and Broadcasting Firdous Ashiq Awan said that the government has decided to challenge the dismissal of PTI’s petition seeking Maryam Nawaz’s dismissal from party office.

“Election commission’s verdict in Maryam Nawaz’s case will be challenged in the court as it goes against other court verdicts against the PML-N VP,” she said, adding that Maryam is not eligible to address rallies and gatherings as party leader nor is she eligible to hold office as party representative due to her conviction.