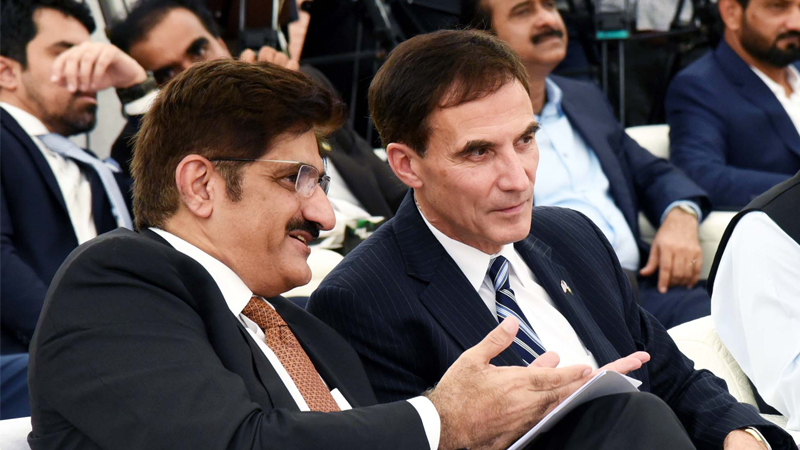 Sindh Chief Minister Murad Ali Shah on Tuesday skipped the National Accountability Bureau (NAB) Karachi appearance in fake accounts and mega money laundering cases According to the anti-corruption watchdog sources, no NAB team from Rawalpindi had arrived in Karachi to interrogate the chief minister; however, he had been directed to appear by the Karachi bureau on Tuesday. A joint investigation team was also prepared to investigate Murad Ali Shah. He was summoned by the anti-graft body earlier as well regarding the aforementioned cases, and the CM had submitted replies to the NAB queries. On the other hand, Murad Ali Shah talked to media in Karachi and maintained that he received the NAB letter a night before yesterday and details will only be revealed when a questionnaire will be handed over to him. The Sindh chief minister also suggested the federation to fulfill its own responsibilities instead of interfering in provincial affairs. He further advised Federal Minister for Maritime Affairs Ali Zaidi to stay away from Sindh issues and let the government work.