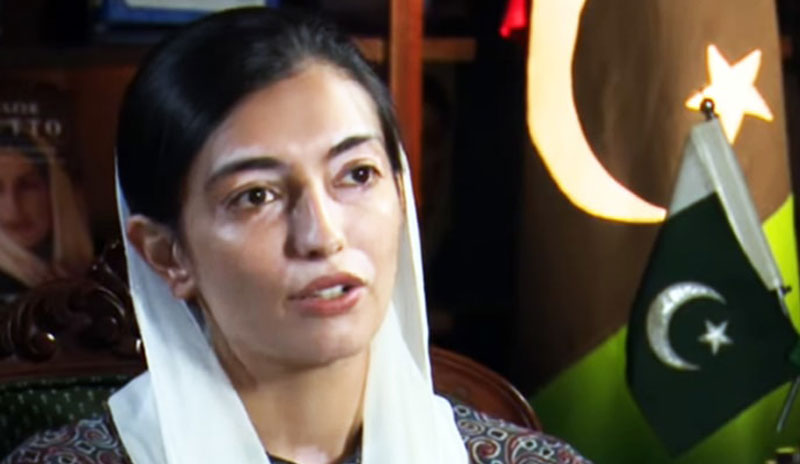 Aseefa Bhutto, the daughter of the former president and Pakistan People’s Party (PPP) Co-chairman Asif Ali Zardari, met her father in Adiala Jail on Monday where the politician is currently under custody for corruption investigations.

The court after hearing arguments from the accused lawyer and the NAB prosecutor had reserved its verdict earlier in the day.

In the absence of Latif Khosa, the lawyer of the accused, his assistant appeared before the NAB court to contest the plea.

In his supporting arguments, Zardari’s counsel said, Monday has been fixed as a meeting date with his clients, but the jail administration always asks for the court orders whenever anyone comes to meet them. He requested the court to grant permission of meeting twice in a week with his clients; however, NAB prosecutor opposed it. The court, after hearing arguments from both sides, had reserved the verdict. Pronouncing the reserved verdict later, the court rejected the plea and fixed Monday as a meeting day with Zardari and Faryal Talpur.

Earlier, an accountability court in Islamabad had rejected the applications submitted by Zardari and Talpur seeking A-class and extra facilities in jail during judicial remand in the fake accounts case.