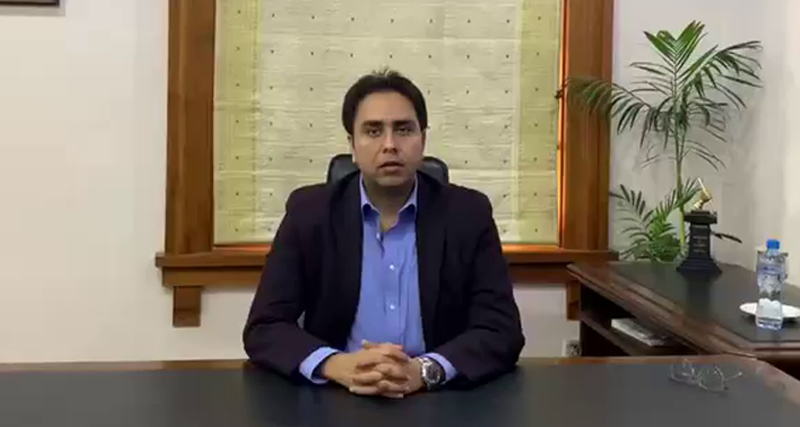 Special Assistant to Prime Minister (PM) Naeemul Haque has claimed that Dr Shahbaz Gill was removed from his position on the request Punjab Chief Minister (CM) Usman Buzdar. The CM reportedly had serious reservations over his former spokesperson’s performance, as he was crossing his limits and projecting himself.

Naeemul Haque was talking to media person at a function arranged by the leading UK based Pakistani Businessman Aneel Mussarrat at Manchester. He said that PM Imran Khan had called Gill for a meeting and hopefully he would be assigned responsibilities at the federal government. The reasons given for the removal of Dr Gill by a close confident of PM Imran is in contrast with the version of Shahbaz Gill as he claimed that he resigned on his own.

He said that PM Imran Khan would expose the real face of Modi government in the UN National Assembly. PM Khan will address the Pakistani community in USA and would take them into confidence about the government steps to internationalise the case of innocent Kashmir’s.

The PTI leader asserted that the government is committed to resolving the issue of Kashmir. “We have the warned the international community of the serious consequences in case this issue is not resolved, the entire world would be reasonable for the war among the two nuclear powers,” he added.

Naeemul Haque stressed the need for serious and meaning efforts to resolve the Kashmir problem, he lamented that UN passed resolution 50 years ago promising with the people of Kashmir that they would be given the right of self-determination. He said that time had arrived for the UN and other human rights organisation to force Indian government to implement the UN resolution on Kashmir.

He said that the recent steps of the Modi government in India-held Kashmir (IHK) had turned the valley into a Police State, all Kashmiri leaders are under the arrest and youth are martyred by the India forces on daily bases, such acts of state terrorism must be immediately stopped, he said.

Commenting on the upcoming opposition march in October, Naeemul Haque said that the PTI government came into power with the support of people and political parties are free to hold rally in any part of the country, but no one would be allowed to take law into their hand.