* Come here for history, culture and architecture — and here's how you can enjoy it all in 48 hours 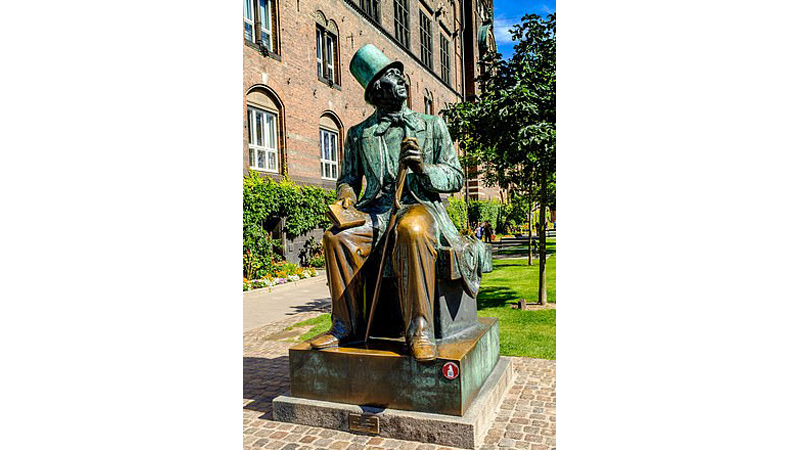 Thanks to its most famous resident, story-weaver Hans Christian Andersen, Copenhagen has long been associated with mermaids and fairy tales.

In recent years, a similarly intangible export – hygge, the Danish take on cosiness and contentment – has heightened the city’s appeal.

Come here for history, culture and architecture – and here’s how you can enjoy it all in 48 hours.

In true fairytale style, start the day with a sprinkling of flowers on your food at Far’s Dreng cafe on Rosengarden. It is voted the city’s Best Breakfast & Brunch Cafe by the AOK guide, so bring a healthy appetite: portions are reassuringly hearty.

From here, walk to Christiansborg Palace (visitcopenhagen.com), seat of the Danish government. Its 350ft tower is Copenhagen’s highest, free to ascend and offers great views over the city. Back at ground level, a combined ticket (£19) gives access to The Royal Reception Rooms, with their impressive tapestries, as well as The Royal Kitchen, The Ruins, The Royal Stables and The Palace Chapel.

There’s a smattering of museums in the vicinity, including the National Museum of Denmark, St Nikolaj Contemporary Art Centre, The Royal Danish Arsenal Museum and the Thorvaldsens Museum – but not to be missed is The Black Diamond, home to The Royal Library – a bibliophile’s heaven within and a design lover’s dream without, with black glass that mirrors water and sky.

Known for its bike culture, Copenhagen’s flatness is also ideal for sightseeing on foot, so hug the edge of the island to cross the canal at Stormbroen and head for two of the city’s oldest streets. Magstræde and Snaregade, divided by Knabrostræde, are a delight of cobbles and coloured facades – some date from the 18th Century. Grab a pizza at Gorm’s (gormspizza.dk) to keep you going without breaking for lunch.

In true fairytale style, start the day with a sprinkling of flowers on your food at Far’s Dreng cafe on Rosengarden. It is voted the city’s Best Breakfast & Brunch Cafe by the AOK guide, so bring a healthy appetite: portions are reassuringly hearty

Continue on to City Hall, fronted by a square over which a statue of Hans Christian Andersen presides. Guided tours in English are held daily from Monday to Saturday, but even from the outside, the building is a testament to Denmark’s grand past.

It’s a short wander from here to Ny Carlsberg Glyptotek (glyptoteket.com), a vast building, complete with glass-domed conservatory and a series of summer concerts, which houses an impressive collection of Danish and French art. Make a quick detour to chug a beer at the evocative dive bar, Spunk, then head to the Tivoli Gardens, a wonderland of twinkling lights and plinking carousel music as dusk falls. Dating from 1843, this is Europe’s oldest amusement park. 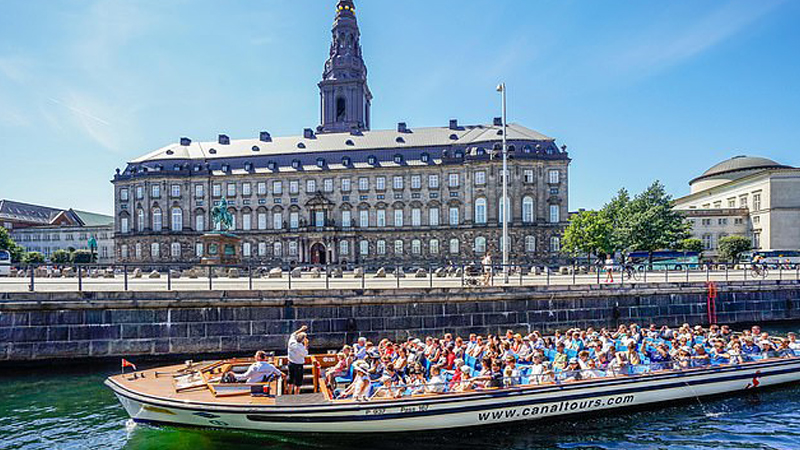 End the day at one of the hipster-magnet Meatpacking District’s eateries – like Paté Paté, where continental flavours and wines are served up alongside shabby wooden furniture, vintage posters and bare lightbulbs, and then move on to one of the neighbourhood’s vibrant bars for a nightcap. Set out early to miss the crowds at Nyhavn: by 10am, those sherbet-coloured facades, so beautifully reflected in the canal waters, are a mass of selfie sticks and #influencers. Hans Christian Andersen lived, variously, in three of these charming houses and Restaurant Fyrtøjet (The Tinderbox) is named after one of his most famous tales (fyrtojet.dk): head here for an epic brunch plate of meats and cheeses before heading around to the Little Mermaid Statue – again, before the crowds descend – sculpted by Edvard Eriksen. Many are disappointed with her size, but there’s something touchingly pensive about her posture. Slow your pace on the way back to admire the Opera House, across the water, and the sparkling cleanliness of the canals which, in warm weather, attract swimmers. Crossing the water at Inderhavnsbroen will bring you to Christiania: known as the most bohemian neighbourhood, thanks to its connection with cannabis. It’s now a car-free relaxing place to wander, while sampling bakery treats and vegan and vegetarian foods.

Ride north-west to the Nørrebro neighbourhood, one of the city’s hippest. In the Assistens Cemetery, final resting place of Hans Christian Andersen, you’ll find locals jogging and lazing; and the graves of Danish philosopher Søren Kierkegaard and painter Christen Købke. From here, head to cobbled Jægersborggade: almost every store has an eco-angle, from jumbled antiques and vintage clothing, to Løes Market, the city’s first zero-waste supermarket, and Istid, where organic ingredients combine with liquid nitrogen to create dreamy ice-cream confections.

A city so dissected by canals deserves waterside time, even if you haven’t taken a hop-on, hop-off boat tour. Reffen is a food market in the old docks where bites are served with a side order of sustainability. Grab some blue corn tacos, Danish pork stew or South Indian dosas, pull up a deckchair by a fire pit and end the day by washing down the sunset with a drink.