With Rs 250m pouring in, CDA to start work on capital’s uplift

* First tranche of Rs 50 million will be released soon for projects related to horticulture, sanitation and environment 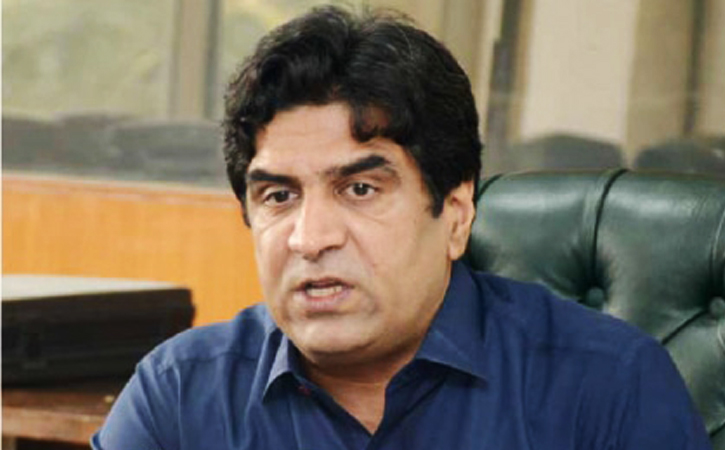 The federal cabinet has decided to release Rs 250 million for many development projects in the federal capital, while the Capital Development Authority (CDA) will start work on the projects soon, in accordance with the cabinet’s decision.

The first tranche to the tune of Rs 50 million will be released soon, allowing the CDA administration to start work efficiently on projects related to the horticulture, sanitation and environment departments.

According to the Special Assistant to Prime Minister on CDA Ali Nawaz Awan, the government is making all-out efforts to resolve water, sanitation and garbage-related issues. During a joint presser along with Member of National Assembly from Islamabad Raja Khurram Shehzad Nawaz, Ali Awan said that three pedestrian bridges would be constructed in the federal capital to facilitate the general public.

He said that 7,000 vacant posts in schools would be filled on merit to overcome the shortage of teaching and support staff at the educational institutions.

The special assistant said Islamabad’s hospitals would be upgraded to provide better health facilities to the residents of the federal capital. He said efforts were also being made to reserve quota for the local citizens of the Islamabad Capital Territory in all government departments.

As per the hand-out shared with the media by the two legislators, the CDA administration intends to work together in joint cooperation with the Metropolitan Corporation Islamabad (MCI). They also asked Islamabad Mayor Sheikh Ansar to refrain from ruining the city.

“The MCI and all other departments will work together for betterment of Islamabad. But we will request the mayor not to take revenge from this city. The mayor is requested to let the MCI and other departments work alongside the CDA and elected MNAs,” they said in the brief.

Parks, water availability, sanitation and horticulture would be our priority, the MNAs maintained.

While sharing some overwhelming issues in the CDA, Ali Awan said that the MCI had collected around Rs 2 billion in various accounts, including an account in the Bank of Punjab, from which they were initially spending, but now had stopped. “The mayor is setting up another account in violation of the federal cabinet decision to circumvent collection by the CDA for financing the MCI,” he alleged.

The legislators further briefed the media persons that for the last 3 years now, the MCI had been financed through a loan from the CDA, which included both salaries and operations of the MCI, adding that there were issues of legality and transparency, which were being probed by the government. “Annually, on an average, [an amount of] Rs 6 billion has gone towards salaries and Rs 2 billion towards operations and maintenance,” they added.

They said that the MCI had taken over 11,000 employees, and the so-called partially divided departments were administrative departments like finance, PR and HR, and added that sill the rules for the departments could not be drafted.

The parliamentarians further said that the mayor was still making appointments without following any criteria, just to accommodate a few blue-eyed persons.

“Sanitation workers of the MCI are on strike these days against non-payment of their salaries,” they said, adding that the mayor himself had awarded a sanitation contract around a year ago when the CDA declined to foot the bill for the same, since it was not contracted through the CDA. “Thus the MCI made payments through its own Bank of Punjab accounts. Recently, the mayor has declared this contract illegal, thus stopping possibility of payment from the federal government also. Objective is clear – to take political revenge so that the Clean and Green campaign is failed,” they said.

In the provided hand-out, it was alleged that the mayor had not developed any financial rules, nor had ensured proper financial management to keep the MCI afloat.

The hand-out added that under the Local Government Ordinance, the LG board was responsible for formulation of HR and other rules for the MCI. The same was earlier not constituted at the behest of the mayor’s office, and now the same had been notified, they said.

It was claimed that a new robust sanitation system – involving four transit stations – would emerge within two to three months.