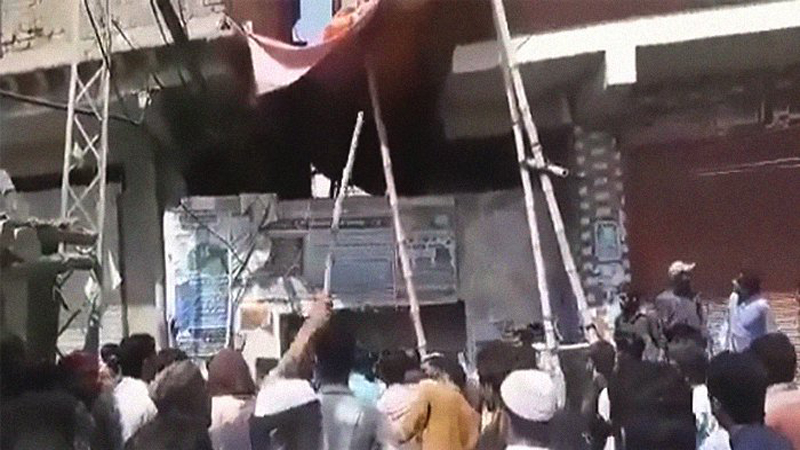 The principal of a private school was booked and detained by authorities on Sunday for allegedly making derogatory remarks, a top Sukkur police officer confirmed after riots broke out in the town in northern Sindh.

According to Sukkur Additional Inspector General (AIG) Dr Jamil Ahmed, the principal had come under fire after the father of a student accused him of making comments that hurt the locals’ religious sentiments, leading to severe rioting as enraged protesters broke into and vandalised a temple in Ghotki.

The protesters then caused damage to the principal’s school and took to the National Highway (N-5) to stage a demonstration, blocking the traffic.

Dr Ahmed said a First Information Report (FIR) was registered in this regard under the Pakistan Penal Code Section 295-C, which deals with the “use of derogatory remarks in respect of the Holy Prophet (PBUH)”.

The AIG said the principal “is now in the safe custody of police”.

Legal action would be completed against the accused and justice would be done lawfully, the Sukkur police officer said, adding that the situation in Ghotki was under control.

“Situation in Ghotki was back to normal within 12 hours by the grace of God. Fair investigation would be ensured, facts confirmed and justice would finally prevail.” the police officer said.