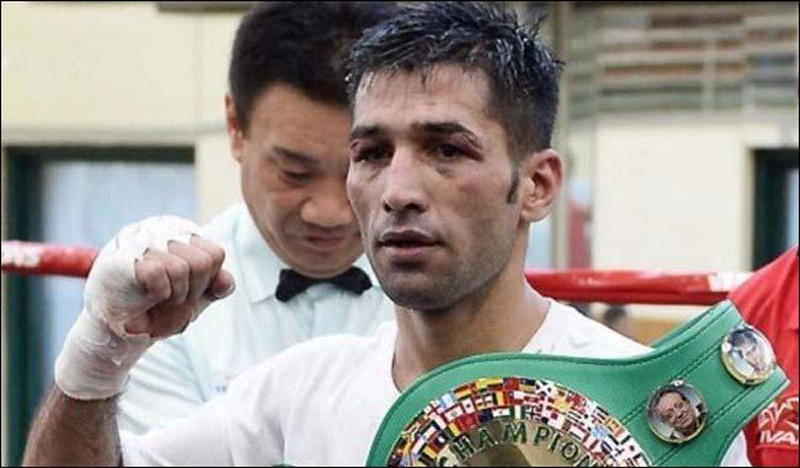 Pakistan’s boxing star Muhammad Waseem made short work of his Filipino opponent ConradoTanamor during their 52.5kg fight on Friday night in Dubai, United Arab Emirates.Waseem connected with a three-left hand punch combination – the third one a crushing hook to the body – which sent Tanamor on the canvas during the first round, and the referee waving off the Filipino pugilist with a knockout loss.Waseem has braved 10 bouts now and only lost one, while this was his seventh win through knock-out.This was his first fight with his new management MTK Golbal, while he had to go through a period of inactivity, where he was training his best and looking for the opportunity but had issues with managers and finding sponsorships.Waseem is the most decorated boxer Pakistan has produced in the last decade, while in a video message after the fight he added that his goal is to become the world champion.

“I’ve been training really hard for this fight. I knew I’ll be a world champion soon. I’ll keep on performing in future also to make my nation proud,” he said in the video.Also, the boxer dedicated his victory to the Kashmiri brothers, who facing atrocities at the hands of the India military.”I’m really happy to win this fight in first round knockout. I had already announced that after winning the bout I’ll dedicate it to my Kashmiri brethren, so I’m dedicating this win to them,” he said in a video message after the win.