With the ardent patriotic zeal that sprouts up with each gazetted national holiday portrayed by ad campaigns and arbitrary quotes in mass media which dies down soon after, I wrote this article after everything passed, so that the impact of such would although be seemingly random, would not let the conversation die down and maybe be taken up by others to have more renascent discussions over a period of time. The perhaps, thricea year nationalistic fervor although is certainly beautiful and truly respectful, the question one cansurely ask is, can we domore to find ourselves living in Jinnah’s Pakistan? 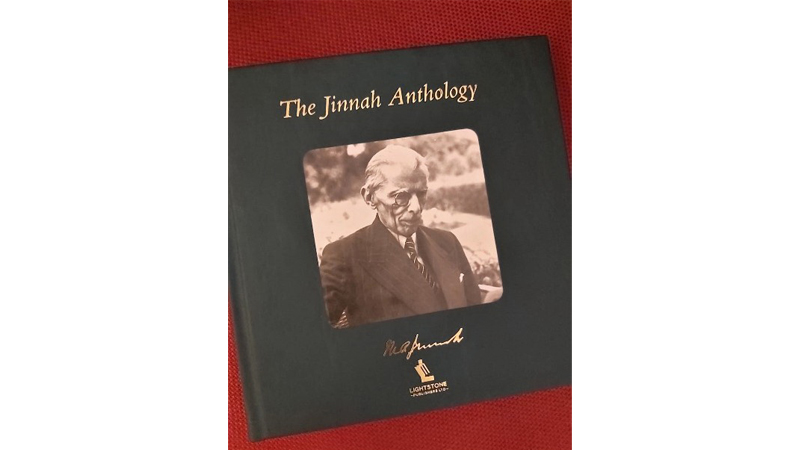 Recently the Jinnah Anthology(Fourth and final edition), was presented to us by Liaquat Merchant, Quaid’s grand-nephew(one of the few survivors of his family in Pakistan). The book was edited and compiled by him and Prof Sharif al Mujahid; the book launch done by the Jinnah Society. The four books are a complete compilation of the life of Muhammad Ali Jinnah, the founder of Pakistan through various articles. Portrayed in numerous roles in history, Jinnah was without question one of the most dynamic individuals who has been admired not only by foreign historians but also as well as those who opposed his goals for a separate country. His brilliance and intellect surpassed many others and his thought processes have been studied more by International historians than those given a chance here, unfortunately.

In a series of brilliant leaders of thought, were names such as Sir Sultan Mohammad Shah, the Aga Khan III, a contemporary of Jinnah who said of him,

“Of all the statesmen I have known in my life-Clemenceau, Lloyd George, Churchill, Curzon, Mussolini, Mahatma Gandhi – Jinnah is the most remarkable.”

Another notable person who aptly described our founder was the American Historian and Author (Jinnah of Pakistan), Stanley Wolpert. Wolpert wrote, “Few individuals significantly alter the course of history. Fewer still modify the map of the world. Hardly anyone can be credited with creating a nation-state. Mohammad Ali Jinnah did all three.”

The term ‘Jinnah’s Pakistan ‘coined by Liaquat Merchant, was adopted with great patriotism even before when cultural entertainment sought it out as a sad satire of the Pakistan that lives today. However, I refute these allegations on the Pakistani national on losing their goals and focus only because Jinnah’s vision has actually lived and has been stirred at interim moments in the Pakistani national throughout its history. If it had not been then there, would not be voices coming out to call out for changes whatsoever. To be fair there are people who truly believe in Jinnah’s Pakistan, it’s their voices that have been played with or kept on a slighter volume in the presence of a darker political history and outside elements who have repetitively tried to break the culture, divide the people and have even inserted themselves into the very fabric of society in disguise at points.

What the people of Pakistan have lacked is a stable infra-structure and a support network with continuous education with the majority of the people being deprived of basic necessities and the means to withstand the fast paced world which is hurtling forward, leaving many behind. So that much of the original and actual leverage of speeches from Jinnah were misinterpreted or surpassed slowly burying with it its main ideology; A free and independent state which allowed for all religions to reside peacefully within its borders. Originally based on the main theory that the Muslims of the state needed a separate nation for their residence, Pakistan was made for Muslims living in the sub-continent who had been violently opposed suppressed and mistreated to the point of their basic human rights being deprived. With Pakistan thus being formed, it also allowed in Jinnah’s vision for everybody who sought refuge in it to reside peacefully within it. That meant all the communities as well who had either not moved across the border or had moved here. In the rat-race of the power struggle, the political leaders that came next forgot that one basic part that Pakistan was made to protect all the segments within. With a new fervor now surfacing allowing articles to be boldly written on Jinnah’s family and his stance on governance, the voices were allowed to get louder and the tone, a bit more’ nationalistic’.

First, in order to understand Jinnah’s vision, one would have to delve into history, with greater understanding and in-depth study; an unedited history and a carefully recorded one, leaving nothing out, so to speak. The four Anthologies in reference, presented by The Jinnah Society record his life, his way of being and his viewpoints through his words(whether we choose to listen to them or not). Much of what the Quaid said was also suppressed as there were exceedingly modernistic views with objectivity and equality in rulings that embraced all communities and religions set by side within the country. Taking a line from his Presidential address,

The term “equal citizens” applying to all. Here was a man who fought witheverything he had, literally till his last breath to create Pakistan, had he lived past 1948, we do not know where we would have reached as it was not meant to be. However, his dream is still alive and very much in focus in the new world that Pakistan lives in today.

The second thing, amongst many other steps, one would need to do is accept the facts, his choice of words and ideology completely and in doing so accept our history thus establishing the ideology of a free and equal state- for all people. The Quaid’s quotations were very clear and precise, no debates nor metaphorical meanings rather instructional at many different points for setting rules in motion for a new country. He had a wealth of information and intelligence to set up a nation and fight the British monarchy; what he did not have was enough time with the new country; He passed away only 13 months onto its birth. 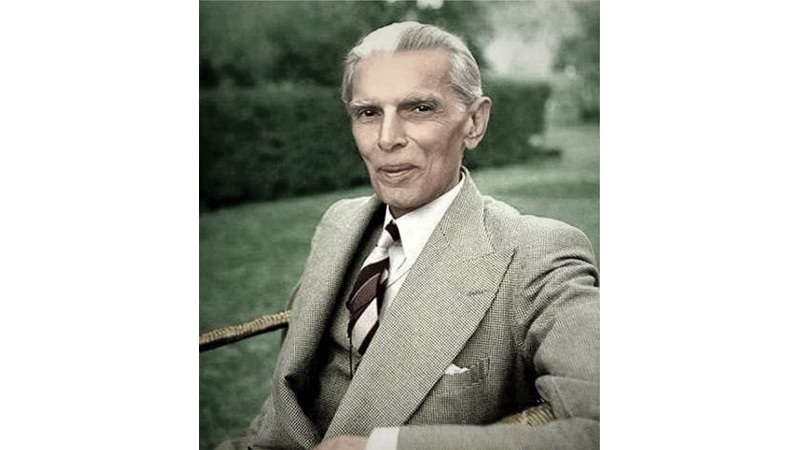 Liaquat Merchant and several others are not the only ones asking the question “Where is Jinnah’s Pakistan?” The question is addressed when the youth of today call for the balancing of scales, from the freeing of the innocent or a response to the brutal killing for minor crimes or a call for incarcerating the real thieves who have wiped millions from the state (only to make later deals to escape to other lands). Calls for justice which have been whitewashed away with diversions.

This is not Jinnah’s Pakistan as envisioned perhaps by him, but it is certainly struggling to be there. It took perhaps a detour on its way but it is certainly building itself. And there has been an awakening in the minds of many much before any new government.

If any of the communities in Pakistan or sects fears going to their area of worship or go about their business and lives, then we have failed the vision of Jinnah’s Pakistan and rather than lip-service there needs to be much more that needs to be taught at a minuscule level. The powers that be could start by teaching the ideals of equality and acceptance integrating this into our education systems. Education that lets us reside with different practices of not only faith but also amongst sectarian beliefs. Living with each belief set side by side and working towards building unified national goals; acceptance and awareness which needs to be happening at a grass-roots level. It is here taking the opportune moments that miscreants have taken full advantage of a country which is weakened constantly by attack from agents who disrupt the peace and sanctum of the country.

A third point is, that in order to truly adopt his teachings and his values is the sensitive topic, of educational reform. The current educational system needs to be revamped by great analysis and more functional bodies of power. Much of it has sold itself out private sectors and their tuition centers to keeping outdated systems (and who are highly paid for keeping this education system intact and flourishing in the country). The thought to demolish the archaic is much needed to keep abreast with the rest of the world.

And lastly, which is usually called “the first step” would be acknowledgement. Acknowledgement and acceptance that we have a serious problem; a fact to accept without violent rebuttal in all forms of mafia like threats open and underlying would be a start. Acknowledging, that we are in a struggle, not only with a world at large, being doled out and role-played as ally (when seen fit) and discarded when we “misbehave” or speak of basic human rights. We also have a very serious issue of an internal struggle to establish our identity as a whole with the contribution of each community towards its success or we will we have lost the central focus in many ways to generations to come who would be left deeply engorged in debt and would remain a greatly misunderstood nation.

What we must not become ever, is the atrocity which our neighbors have displayed recently (and even in the past). With silence on all humanitarian fronts and a shut down on Kashmir and the brutalities upon them we must look to India as the example of what never to become. We must continue our quest to establish and build upon what is there which is being voices and bodies that change and keep achieving in ‘writing’ better history to be noted.

Where is Jinnah’s Pakistan? It is here. It is a voice of the same nation that has kept going and (and has not yet fallen as predicted). The time of greater self-enquiry has come that yes, needs to be riddled with the same patriotic fervor but also focused and re-directed at educating the minds of the younger generation by a gathering of like-minded people, not specific to religion, nor sectarian wise, but with thinkers, educationalists, economists and intellectuals to take us forward into the new world; in order to find the route that leads to the envisioned Jinnah’s Pakistan.

Haya Fatima Sehgal the writer is a freelance Columnist who is known for writing on a wide range of topics which have a social and cultural impact.