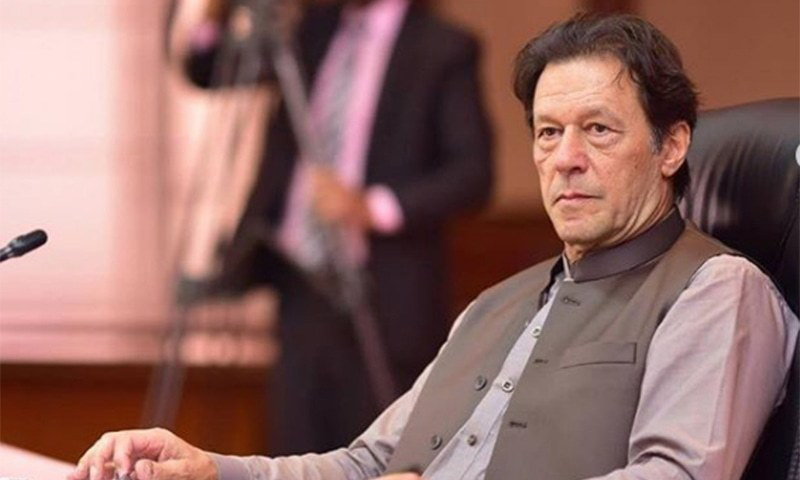 Prime Minister Imran Khan Saturday asked his economic team to come up with some unconventional and out-of-box solutions for the national economic uplift and hold consultation with all the stakeholders to ensure the timely implementation of the proposals.

The prime minister chaired a meeting of his economic team wherein he was told that the government’s economic policies are coming to fruition in the shape of considerable reduction in trade deficit, increase in exports and tax collection, according to a statement issued by the PM Office.

During the meeting, the prime minister was apprised about the steps taken for the economic uplift of the country and their outcomes. The meeting was told that according to the statistics, during the first two months of the current fiscal, trade deficit had reduced by 38 percent, besides witnessing growth in exports, improvement in tax collection, widening of tax net and increasing trend in the trade activity.

The secretary finance briefed the prime minister about the targets set for the first quarter by different ministries, including commerce, industries and production, national food security, petroleum, FBR, BoI and the Aviation Division.

The prime minister directed different ministries to work out a clear and time-based roadmap to examine the achievement of the quarterly targets. This would help the departments achieve their targets within the timeline besides improving their performance, particularly the service delivery, he said.

Discussing the revolutionary measures taken by the government for betterment of the agriculture sector, the prime minister said the government has formulated a comprehensive policy for uplifting all sectors related to the agriculture. He said the strengthening of small and medium enterprises (SMEs) is the government’s priority and that it is committed to extend all-out facilities to the sector.

He said special focus is required to revive the sick industrial units and those which have been closed down consequent to the maladministration and other reasons in the past. “All this requires an active role of the CRIC, better coordination among all departments, including National Bank of Pakistan, SBP and others, besides formulation of a strategy for revival of the sick units,” he added.

He also asked the Naya Pakistan Housing Authority chairman to submit a report on the incentive package to promote the construction of residential apartments and investment in the sector.

The FBR chairman told the meeting that a considerable improvement had been witnessed in the tax collection as compared to the previous month. Owing to the government’s efforts, the tax net has been widened which is a positive sign for the national economy, he added.

Planning Minister Khusro Bakhtiar apprised the prime minister about the progress on the development projects being executed under the China-Pakistan Economic Corridor (CPEC).

Expressing satisfaction over the CPEC, the prime minister said besides being the manifestation of the Pak-China friendship, the CPEC will also cast positive impact on the national as well as the regional economy.

The SBP governor while briefing on the growth in exports, said the exporters have not only expressed their full satisfaction over the government’s policies but also presented various proposals to boost the export-related industries which are being considered.

The prime minister said the economic stability and facilitation of the business sector are the government’s priorities and directed the participants to present before the people a comparative analysis of both the present and past situation of national economy and forcefully counter the negative propaganda from some elements.

The finance secretary told the meeting that a media cell has been established at the finance ministry and Special Secretary Finance Umar Hameed Khan has been made focal person for all the economic-related ministries to provide correct information on the economic matters.

The prime minister also called for a vibrant role for dissemination of information on economic issues to discourage the negative and betraying propaganda on the subject.