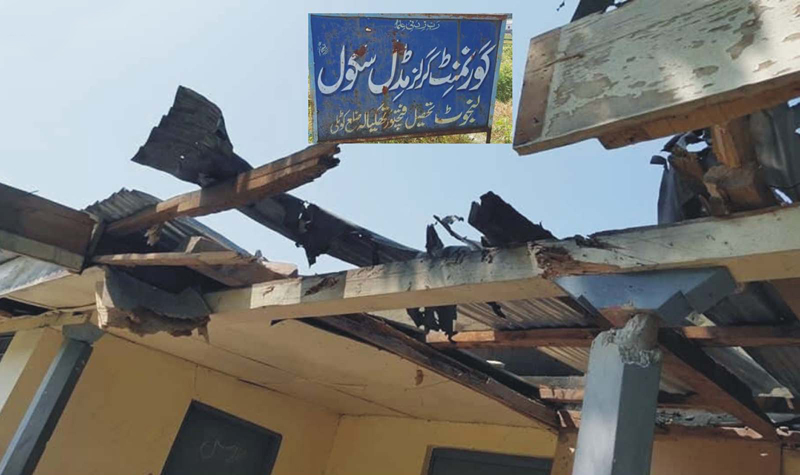 An army soldier was martyred after Indian troops resorted to unprovoked firing in the Hajipir sector of Azad Jammu and Kashmir, Inter-Services Public Relations (ISPR) said on Saturday.

The official was identified by the military’s media wing as 33-year-old Havaldar Nasir Hussain, a resident of Narowal, who had been in service for 16 years.

A second ISPR statement issued later in the day said Indian troops also resorted to unprovoked firing in Nakyal and Jandrot sectors, targeting the civilian population. A woman was martyred and four others among six persons were injured in the firing, the ISPR said. Due to targeted firing by the Indian troops, 40-year-old Fatima Bibi, a resident of Balakot village, embraced martyrdom while six individuals, including four women, got injured. The injured were evacuated to a nearby medical facility for treatment.

Indian Charge de Affaires Gaurav Ahluwalia was once again summoned at the Foreign Office to denounce New Delhi’s fresh ceasefire violation that martyred a soldier and a women and injured six others along the Line of Control (LoC) on Saturday.

Director General (SA&SAARC) Dr Faisal strongly condemned the unprovoked ceasefire violations that have surged since August 5 when the Modi government revoked the special status of the occupied valley, escalating tensions between the two nuclear-armed states.

The Indian occupation forces along the LoC and Working boundary have continuously been targeting civilian populated areas with artillery fire, heavy-caliber mortars, and automatic weapons, said a statement issued by the FO. “This unprecedented escalation in ceasefire violations by India is continuing from the year 2017 when the Indian forces committed 1970 ceasefire violations,” it added.

“The deliberate targeting of civilian populated areas is indeed deplorable and contrary to human dignity, international human rights and humanitarian laws. The ceasefire violations by India are a threat to regional peace and security and may lead to a strategic miscalculation,” it added.

The FO spokesperson urged the Indian side to respect the 2003 ceasefire arrangement, investigate incidents of ceasefire violations, instruct the Indian forces to respect the ceasefire in letter and spirit and maintain peace along the LoC and the Working Boundary. He also urged New Delhi to permit UNMOGIP play its mandated role as per the UN Security Council resolutions.