US congresswoman call for lifting of restrictions 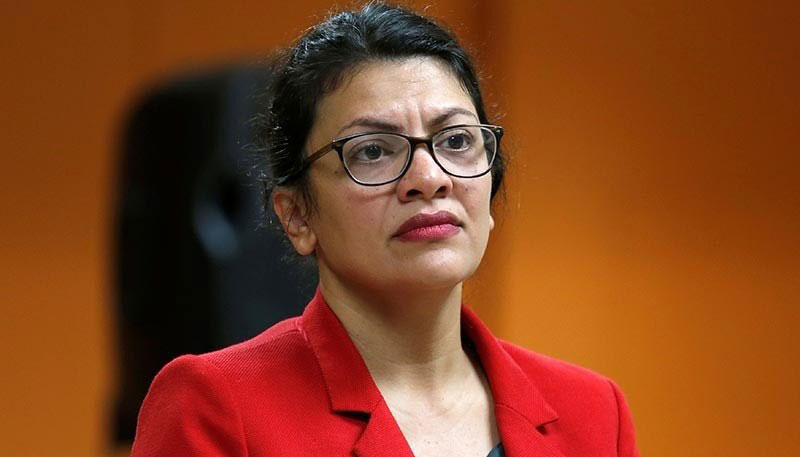 US congresswoman Rashida Tlaib on Friday called for the communications blockade and curfew restrictions in Indian-Held Kashmir (IHK) to be lifted to “shed light” on what is happening in the disputed region.

“India must afford due process to the thousands of people it has detained without charge, and ensure hospitals have the necessary access to life saving medicine, said Tlaib in a statement.

She is among a group of progressive US congresswomen known as “the squad”.

“The United States (US) government should support a United Nations (UN)-backed peaceful resolution that restores autonomy and ensures self-determination of the people of Jammu and Kashmir. We cannot lose sight of the millions of Kashmiri people yearning to live in peace and dignity,” said Tlaib.

Since the Indian government repealed Article 370 of its constitution – stripping IHK of its special status – a strict lockdown and communications blackout has been imposed in the region. It has now been in place for more than 40 days.

Tlaib, in her statement, condemned India’s decision to revoke the special status of Kashmir as well as the communications blockade.

“While I have deep respect for India and its important relationship with the US, I condemn the Indian government’s revocation of Articles 370 and 35A, the communications blockade it has imposed, its suppression of life-saving medical care, and the reports of widespread violence, torture, and other human rights violations being carried out in Jammu and Kashmir,” said the congresswoman.

Tlaib is not the only US lawmaker who has condemned India’s action in IHK. Fellow congresswoman, Ilhan Omar had earlier called for “de-escalation” and an “immediate restoration of communication” in IHK. Both congresswomen are outspoken political opponents and critics of US President Donald Trump.

Additionally, on Thursday various US senators sent a letter to President Trump expressing concern over the human rights situation in IHK, urging him to use his influence for the release of individuals detained after August 5.

Tlaib on Friday said India’s “unacceptable actions” in IHK strip Kashmiris of their “human dignity, put millions of people in danger and seriously undermine democracy in India and Kashmir”.

People should not have to fear “unjust detention, rape, or torture because of who they are and what they believe”, the Palestinian-American lawmaker added.

She had met residents of the US state of Michigan who were unable to call their families in IHK to ensure that they were safe, Tlaib said.

“A truly unimaginable situation as violence, militarisation, and occupation continues,” she said, adding that “Jammu and Kashmir is already one of the most militarised regions on Earth, and India’s recent actions create more instability and heighten the potential for accelerating violence.”

Citing reports by the UN and human rights groups, Tlaib said that the “continued immunity” of members of the Indian military from prosecution for human rights abuses through the Armed Forces Special Powers Act (AFSPA) has remained a “key obstacle to accountability and perpetuates their disproportionate use of force”.

“The use of pellet shotguns and tear gas as crowd-control mechanisms has injured and maimed many Kashmiris, including children. Moreover, reports indicate that the Indian government has curtailed access to life-saving medical care for the Kashmiri people, creating shortages of medicine and restricting travel to doctors and pharmacies,” the congresswoman said.

Tlaib noted that according to reports, over 3,000 people have been detained indefinitely without charges.

“India and Pakistan both must begin implementing the UN Office of the High Commissioner for Human Rights (OHCHR) recommendations from its 2018 and 2019 reports on the crisis,” she added.