‘Money Heist’ — is it a game of money and morals or vice versa?

* A group of very peculiar robbers assault the factory of Moneda and Timbre to carry out the most perfect robbery in the history of Spain and take home 2.4 billion 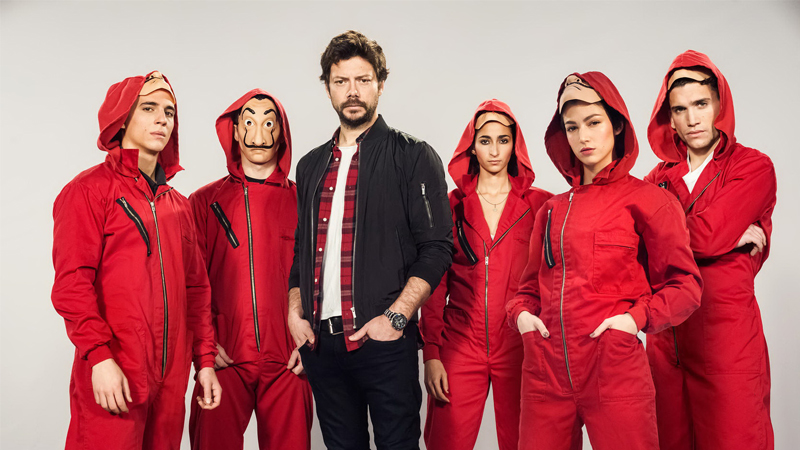 A highlight on IMDB of what it is about & I quote, “A group of very peculiar robbers assault the factory of Moneda and Timbre to carry out the most perfect robbery in the history of Spain and take home 2.4 billion.”

They take as hostage students of a university and it is here that Racquel makes an appearance to investigate the crime. She acts as go-between the perpetrator of crime and the innocent.

The robbers all wear the same mask & it is impossible to identify who is who?

As a catchy song takes one’s mind of the seriousness of the situation & creates room to breathe.

It sings of joy and carelessness. A melodious tune that hooks the reader onto the moment not wanting to break free from the hypnotic world & return to reality!

As Racquel, the part of the intelligence team questions why did they want to open the vault? Who was the mastermind behind the plan? What was their motif? Did they want to hurt the hostages or they just wanted to free them once their demands had been met?

The scene shifts to Berlin who is on the Professor’s team. He talks Rio into a racist prep on how once women re-produce they no longer appear ‘sexy’!

“What are you Wearing?” is the key to unravel the mystery. It depicts the sick mind of the Professor and his team- brain washed by him. He says he will release the hostage once & I quote:

“Let me weight your answers.”

As Angel &Racquel try to uncover the truth they ask the Professor a simple question:

They take as hostage students of a university and it is here that Racquel makes an appearance to investigate the crime. She acts as a go-between the perpetrator of crime and the innocent

Racquel opposes her team’s analysis &comes to the conclusion:

As Racquel meets with criticism by the Colonel upon mixing her professional & private life she snubs him, pointing to the fact that he is going too far!

Alison Parker, the hostage, daughter of UK Ambassador, the police is involved to keep the media at bay. Whether or not Alison is rescued is the million-dollar question? Is she innocent or is she guilty? Is she high priority?

As the robbers take of their mask & are punished for their crime but the punishment comes in the form of providing them with sustenance so that they do not have to break another vault& I quote:

“We won the first battle on our first night!” 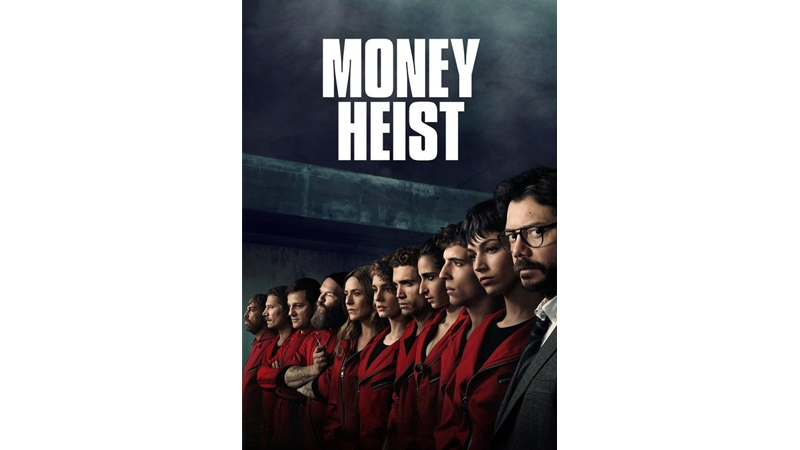 “The best paid job in history”

The show is set in Spain. The Spanish accent, lingo & culture is depicted with precision and clarity. The dance and music add to the jovial atmosphere. And inter weaved between the sweet music and celebration are the threads to reach to the heart of the issue!

So, watch out for the next season! Tune into your Netflix now!