Love in a time of chaos 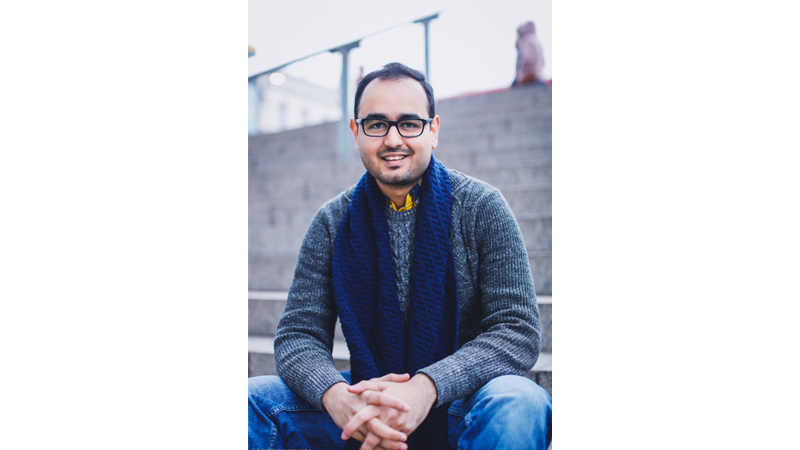 Observant, poignant and exceptionally nuanced, Awais Khan’s In the Company of Strangers opens a vista onto Lahore – a city of contradictions that survives on resilience. By turns familiar and frightening, the novel offers a realistic view of how the city’s inhabitants live and love amid chaos.

Awais Khan immerses readers in a gripping narrative which begins with a bomb blast that impinges of the lives of his protagonists in vastly different ways. While forty-year-old Mona – whose money can’t buy her freedom in a repressed society – is momentarily rattled when her husband doesn’t answer his phone after the incident, Ali, a young male model, rushes to the hospital in search of his wounded brother.

Their opposing reactions to the same calamity serve to show how disconnected both characters are from each other. But as the story unfolds, their lives become increasingly intertwined, setting the stage for a deception that eventually destroys their separate worlds. Amid all these conflicts, Lahore plunges into disarray but still “pulses with the same sensuality that had once lured the Mughals into making it their capital city”. The city offers consolation to the protagonists, urging them to “overtake fate and transform it into something desirable”. As Khan’s narrative reaches its climax, it becomes painfully clear that survival too is a privilege. For some, the city seems “to rise again from the ashes”; for others, it remains a stranger.

At first glance, In the Company of Strangers delves into the neuroses of the social elite, pointing out its opulence and ill-disguised conservatism. The exorbitant shahtoosh shawls, the extravagant GTs and the incessant gossiping are just some of the devices used by the author to recreate the cloistered world of the upper crust of Pakistani society. However, the story eventually spools outwards from this utopia and into the troubled environs of a country plagued by terrorism.

In Khan’s novel, the hydra of terrorism and extremism unites Mona and Ali by erasing the perceived differences between them and helping them understand each other. It is difficult for writers to portray empathy between people from disparate social groups as it requires them to understand the insecurities and taboos that are associated with the interaction of people from separate classes. But Khan manages this feat quite well since the novel succeeds in showing how the protagonists allow their lives to overlap in subtle ways before they establish a deeper bond. Even the romance that blossoms between them doesn’t come across as contrived. Instead, it is driven by genuine emotion and a desire to find solace.

Khan’s debut novel flows seamlessly towards its denouement. The plot seems to gallop ahead without being drawn into unnecessary directions that could complicate the narrative. Although the author makes an attempt to explain past events or offer insights on his characters’ emotional journeys, he doesn’t steer away from the rhythm that he has set for his story. Imbued with action, drama and suspense, In the Company of Strangers has all the ingredients of a veritable page-turner. With its well-paced narration and skilful plotting, the novel is a brisk and easy read. 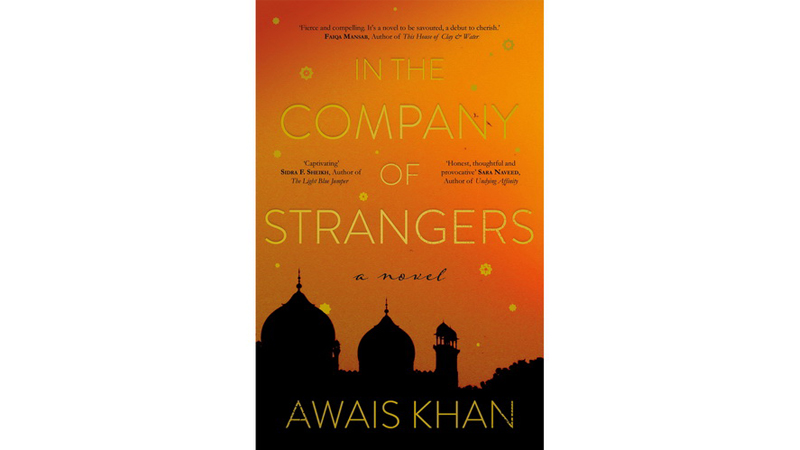 While the author’s focus primarily remains on telling a riveting tale, his novel takes a dig at some of the most regressive aspects of our social fabric. In a poignant scene in the novel when a staunchly conservative family from Vehari asks for Mona’s daughter’s hand in marriage, Khan doesn’t pull his punches and highlights society’s hidden hypocrisies with much aplomb.

Some of his characters are flawed because they still subscribe to the notion that women belong in the inner courtyards of their father’s or husband’s homes. And yet, a vast majority of Khan’s characters come across as realistic because they are unwilling to discard their problematic, if not flawed, ideals. Some of his characters are bullied into compromising positions and compelled to accept them as their fate. For instance, Mona survives years of domestic abuse and is never encouraged to fight back. Years later, when she chooses to prioritise her own wellbeing, she is fiercely criticised. Khan’s delicately handles these social themes and never resorts to stereotypes to understand the choices that his characters make.

In the Company of Strangers falls into the category of fiction that draws heavily on the aftermath of the war on terror. The novel features a group of disgruntled terrorists who are sceptical of the West and are prepared to do away with anyone who espouses Western values. Though this trope of a few radicalized elements turning into suicide bombers has been recycled in countless action films and novels, Khan handles it deftly and seldom allows it to appear formulaic.

Khan’s debut novel draws on the crippling realities of extremism and militancy that surround us, leaving our homes and cities in a state of peril. In the Company of Strangers heralds the arrival of a new voice that can throw light on our society’s hypocrisies and the hidden dangers that lurk within it.