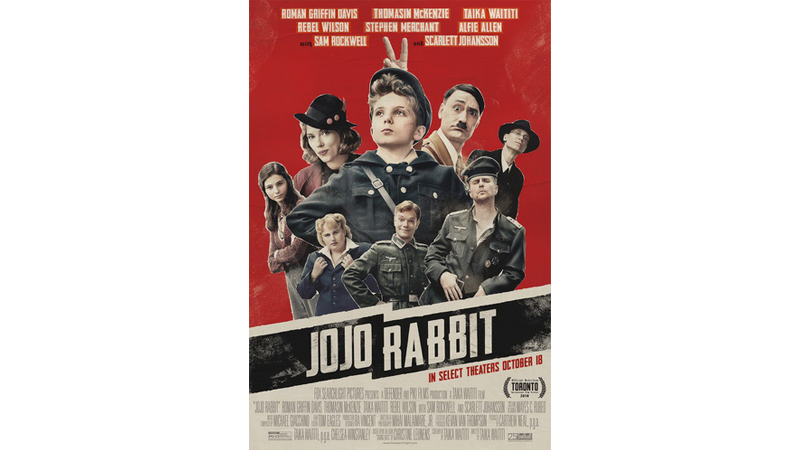 Hilter is a very bad friend in the official trailer for director Taika Waititi’s World World II satire ‘JoJo Rabbit’. The film follows a lonely German boy named JoJo, played by Roman Griffin Davis, who discovers his single mother is hiding a young Jewish girl in their attic. Waititi plays a bumbling version of Adolf Hitler, who is JoJo’s imaginary friend. In the new trailer, which is set to a German version of David Bowie’s “Heroes” and The Monkeees’ “I’m A Believer,” JoJo is confronted with conflicted feelings as he realizes that his BFF Hitler might be steering him in the wrong direction. It’s got a clear irreverent tone, with Hitler eating a unicorn’s head and JoJo’s Nazi youth buddies accidentally firing a missile launcher into a town. The movie, which was written by Waititi based on Christine Leunens’ book Caging Skies, is in theatres October 18th.