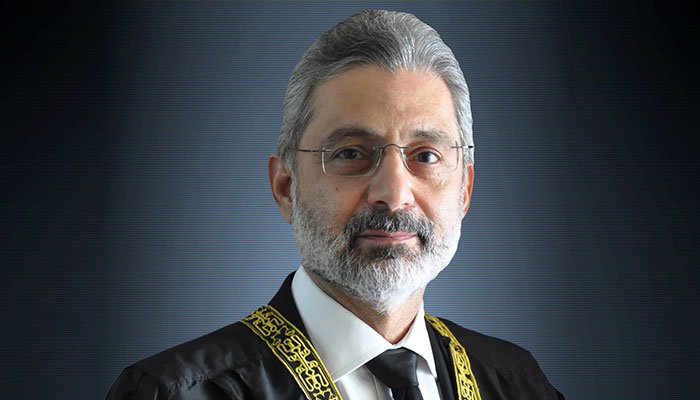 Supreme Court (SC) judge Justice Qazi Faez Isa has questioned the government’s move of lifting a ban on the issuance of arms licenses of prohibited bore weapons to nine categories of persons including judges of superior courts.

The Ministry of Interior, through a notification issued on August 21, had lifted the ban on the conditions that weapons of prohibited bore may either be gifted or procured from the Pakistan Ordinance Factory (POF).

Earlier this month, a circular was forwarded by SC registrar Dr Arbab Arif, formally bringing in the knowledge of all apex court judges regarding the government’s move.

However, Justice Isa, who is currently facing presidential references seeking his removal over his alleged non-disclosure of his families’ assets, raised serious questions over the legality of the Interior Ministry notification.

Justice Isa’s Private Secretary Farrukh Malik wrote a letter to the SC registrar, in which the apex court judge opined that the judges’ code of conduct did not permit receiving such gifts. The notification was undermining the concept of rule of law. The letter also raised questions over constitutional criteria of the notification, he said.