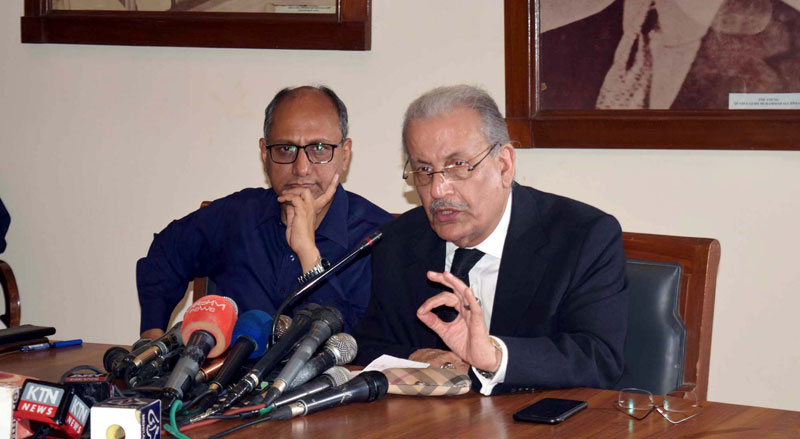 The Pakistan People’s Party (PPP) has demanded fresh elections in the country in the thick of tensions with the federal government over administrative affairs of Karachi.

While addressing a press conference on Friday, former Senate chairman Mian Raza Rabbani and Sindh Minister for Information Saeed Ghani said that after the approval of the 18th Amendment, the provincial autonomy could not be obstructed.

“By approving the 18th Amendment, Parliament had given a clear message that federal units have their own rights,” they added

Ghani said that an impression being given by the federal government that it wanted to take over the provincial headquarter of Sindh was not welcoming at all.

Sindh Information Minister Saeed Ghani said that the Karachi committee that the Prime Minister had recently constituted must also work under the constitution. He said that efforts were being made to move the country towards the presidential system. Information Minister said that various TV channels showed specific parts of Chairman Bilawal Bhutto Zardari’s speech under special agenda. Former Chairman Senate Raza Rabbani said that Bilawal Bhutto Zardari in his speech provided an analysis of how the leadership of the PPP strengthened the federation and the country even at the cost of their lives. He made it clear that there was no clause in the Charter of Democracy under which it was stated that there would be an agreement with the MQM as well. He said that it was the tradition of PTI government that anyone who raised their voice in this country was hushed. Saeed Ghani said that the people of Sindh would never accept the partition of their province. He said that those who were planning to separate Karachi from Sindh should keep an eye on the regional conditions.