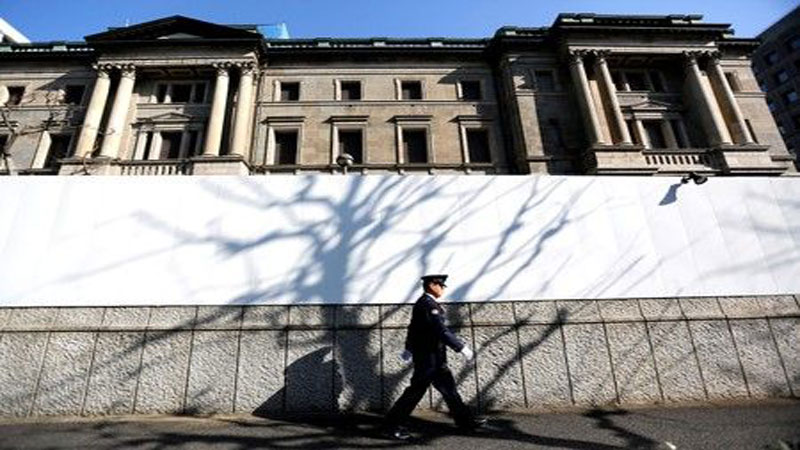 Stable markets and resilient domestic demand could help the Bank of Japan withstand pressure to expand an already massive stimulus programme when policymakers meet next week in the wake of the European Central Bank’s monetary loosening.

Increasing signs of slowing global demand have made Japanese central bankers less confident about an early pickup in global growth, making them more open to debate over easing policy.

Running short of ammunition to ease further, BOJ policymakers, however, want to keep their powder dry for as long as possible in case Japan’s economy runs into greater trouble.

With markets calm for now, the BOJ is leaning towards keeping interest rates unchanged at the Sept. 18-19 meeting unless the U.S. Federal Reserve’s decision – to be announced hours before the BOJ’s – jolt markets and trigger an unwelcome yen spike.

But with global uncertainties heightening and the fallout from the bitter trade war broadening, it may be only a matter of time before the BOJ ramps up stimulus, analysts say.

An increasing number of economists polled by Reuters expect the BOJ to loosen policy further this year, with well over a third of them betting it could act next week.

“When there’s so much uncertainty, additional easing could be required any time,” a source familiar with the BOJ’s thinking said, a view echoed by two other sources.

Under the policy, dubbed yield curve control (YCC), the BOJ guides short-term rates towards -0.1% and the 10-year government bond yield to around 0%. It also buys government bonds and risky assets in a bid to achieve its elusive 2% inflation target.

Deepening negative rates will be the key option if the BOJ were to ease, although the central bank may accompany that with measures to mitigate the pain on financial institutions, sources have told Reuters.

Even if the BOJ decides to hold fire next week, Governor Haruhiko Kuroda will likely stress the bank’s readiness to ease swiftly to fend off shocks to the economy, analysts said.

“The ECB and the Fed are in deep easing mode. To prevent the yen from rising, the BOJ needs to keep alive market expectations that it, too, will ramp up stimulus fairly soon,” said Masaaki Kanno, chief economist at Sony Financial Holdings.

Market expectations of imminent easing grew after the BOJ pledged in July to act pre-emptively “without hesitation” against risks that could knock the economy off the path toward achieving its 2% inflation target.

Waiting until the subsequent meeting on Oct. 30-31 will allow BOJ policymakers time to scrutinise the bank’s “tankan” business sentiment survey for clues on how much the pain Japan is suffering from the U.S.-China trade war. Policymakers can also see the initial consumer reaction to a sales tax hike that kicks off in October.

The BoJ is under no political pressure for imminent action.

Japanese Finance Minister Taro Aso said on Friday it was up to the BOJ to make monetary policy decisions, adding that Japan’s economic fundamentals remained solid.

Another problem the BOJ board could discuss next week is the persistent decline in long-term rates that threaten the bank’s policy aimed at controlling the yield curve.

The YCC policy was introduced partly to prevent the yield curve from flattening too much, as excessive declines in long- and super long yields will erode profit margins of financial institutions.