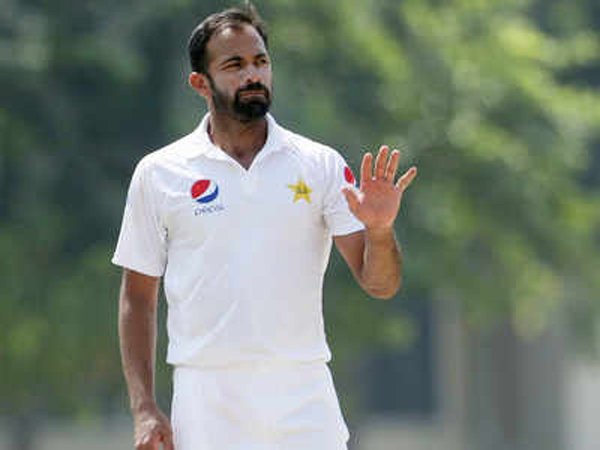 Left-arm fast-bowler Wahab Riaz on Thursday announced he has withdrawn from the Quaid-i-Azam Trophy and has decided to take an indefinite break from red-ball cricket. “After reviewing my past couple of years’ performances in red-ball cricket and the upcoming limited-overs cricket, I have decided to take time off from first-class cricket,” a statement issued by the Pakistan Cricket Board (PCB) quoted Riaz as saying. “During this period, I will like to focus on 50-over and 20-over cricket, and continue to assess my fitness for the longer version of the game. At a stage I feel I cannot only return but also perform with the red ball, I would make myself available.”

Riaz said the PCB had been trying to convince him to pursue his career with the red ball, but that he had conveyed to the board his decision of not doing so. “I am grateful for their understanding and support,” he added. The bowler also took to Twitter to make the announcement, writing: “After a lot of thinking and discussions with my family and the board, I have decided to take a break from red-ball cricket and maintain my fitness and focus on the shorter format for my country. It was a tough decision and I appreciate my board’s support and guidance during this time,” he added.

Riaz made his Test debut for Pakistan in 2010 and has played 27 Tests. The 34-year old has made just four Test appearances since January 2017, his last one being the first Test in October 2018 against Australia in Dubai. Riaz was also absent from Central Punjab’s camp in Lahore, where the side was preparing for their opening game against Southern Punjab.

Riaz was the casualty of former coach Mickey Arthur’s drive towards a high-performance culture within the Pakistan squad, where he was criticised for his work ethic, with Arthur even saying he had not won them a game in two years. After being ignored for the tour of Ireland and England in 2018, Riaz played in the Dubai Test against Australia where he finished wicketless. But just a year after Arthur seemingly signalled the end of his career, Riaz was added to their World Cup squad, nearly two years after his last ODI. He finished 11 wickets in eight games in the tournament.

But now, with this break and him missing the first-class season, his Test chances appear slim. Pakistan, in the next 12 months, are scheduled to host two Tests against Sri Lanka, two against Bangladesh, and play away series in Australia and England. Riaz was earlier handed out a category B central contract, but it is understood he is likely to be demoted in due course following this announcement.