Hijab but no helmet, Indonesian woman conquers Wall of Death 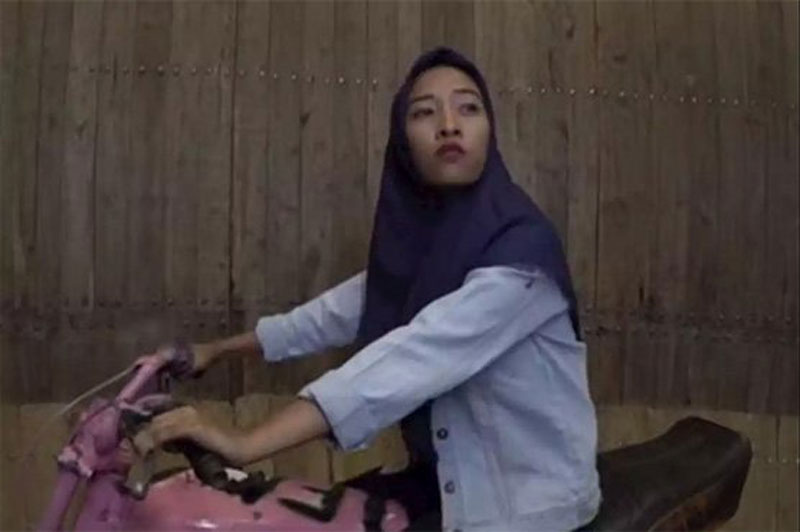 Devi Apriliyani turns heads when the carnival she works with comes to town.

The slight 20-year-old, clad in a hijab headscarf and without a helmet, performs a daring Wall of Death stunt, speeding around a ring on a pink motorcycle to a height of 10 m (33 ft).

“I want to show that women, though usually considered weak, are capable of doing dangerous things,” said the stunt rider before a show in Takengon, a highland town in Indonesia’s conservative Aceh province.

Inspired by her step-brother who is also a stunt rider, Apriliyani started stunt-riding three years ago.

Now she lets go of her handlebars while speeding around the Wall of Death at more than 100 kmh (62 mph).

Moving around the country’s archipelago with her husband, Ahmad Herdiansyah Daulay, who also works in the travelling amusement park, and their 18-month-old daughter, Cheryl Aulidya, Apriliyani said she is paid 300,000 Indonesian rupiah ($21) a day, and can perform up to 300 shows a month.

The family’s income depends largely on the number of visitors to the carnival, she said.

While it can be difficult to make ends meet, she said she loves her job.

And audiences seem to love her show.

“This is the first time I’ve seen a woman who dares to be a stunt rider. Typically, people would think only a man would dare to do that,” said spectator Nurul Khaesani.

“She’s so brave, I’m excited to see her in action.”