“Rockets were fired from the Gaza Strip at Israeli territory,” the military said
No injuries were reported on either side 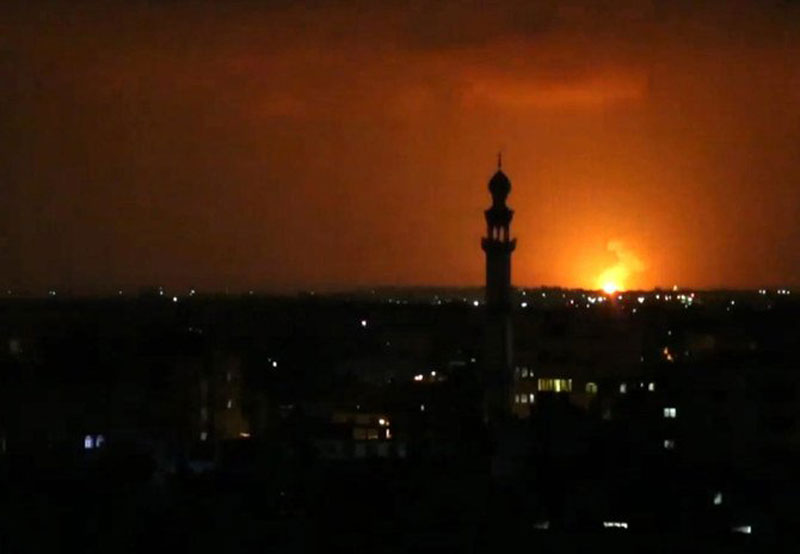 “Rockets were fired from the Gaza Strip at Israeli territory,” it said in English without giving details.
“In response…fighter jets and an Israel Defense Forces aircraft struck a number of terror targets in a Hamas military compound in the northern Gaza Strip,” it added.

The official Palestinian news agency WAFA reported that Israeli aircraft on Wednesday evening “fired at least one missile targeting an empty site in Al-SHajjaiyeh neighborhood,” east of Gaza City.
No injuries were reported on either side.

On Wednesday, several rockets were fired from the Hamas-ruled strip at Israel, which responded by striking Hamas military positions in the enclave, the Israeli army said.
The strikes were confirmed by a Palestinian security source in Gaza.

Wednesday’s afternoon exchange came a day after rockets fired from the Palestinian territory toward the Israeli city of Ashdod forced Prime Minister Benjamin Netanyahu to flee the stage during a campaign rally.

The right-wing premier is campaigning for re-election in September 17 parliamentary polls.
On Tuesday Netanyahu announced his intention to annex a large part of the occupied West Bank if re-elected.

Israel and Hamas have fought three wars since 2008.