Ex-UK ambassador to US made lord 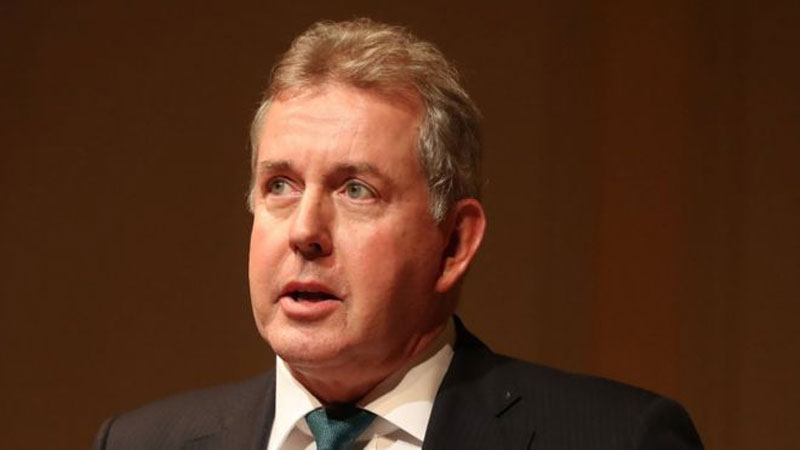 One of the United Kingdom’s (UK) senior most diplomats, Sir Kim Darroch, who was forced to resign over calling President Trump “incompetent”, has been made lord by former prime minster (PM) Theresa May.

The former PM’s Resignation Honours List includes a cross-bench peerage for Sir Kim Darroch, who was f resign as ambassador to Washington after the current UK PM Johnson who was Foreign Minister (FM) at the time failed to back him over the Washington leaks scandal.

In the UK politics this is a tradition where an outgoing PM grants honors such as knighthoods and peerages (which grant the title of “Lord”) to people of their choosing. Sir Darroch will be given a life peerage, giving him permanent membership of the UK House of Lords, and the title of Lord.

Darroch became British ambassador to the US in 2016, under President Barack Obama. He continued to serve after Trump’s election but was forced into announcing his resignation after a leak of his internal guidance to the British government provoked anger from the president.

In diplomatic wires leaked to the British newspaper The Mail on Sunday, Darroch describes the Trump administration as “inept” and “incompetent”. The leaked cables prompted the wrath of Trump, who wrote in a tweet soon after the leak that he would “no longer deal with him Darroch,” effectively ruining his ability to act as a diplomat in Washington.

“I do not know the Ambassador, but he is not liked or well thought of within the US. We will no longer deal with him, Trump tweeted.Trump later changed his mind about Darroch, but only following his resignation, saying he wished the former ambassador well after learning that the Ambassador compared him to Arnold Schwarzenegger in “The Terminator”Sir Darroch also served as a British Permanent Representative to the Europe Union (EU) and National Security Advisor.