Support of 58 countries at UNHRC a diplomatic win for Pakistan: Sarwar 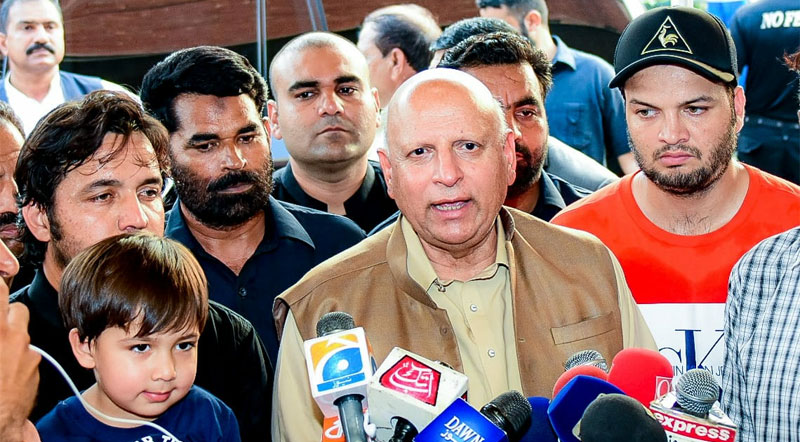 Punjab Governor Ch Muhammad Sarwar has demanded that India ends the curfew and stops atrocities in Kashmir, and has said that India has no option but to give Kashmiris their independence, as whole world is condemning the worst human rights violations and Kashmiri genocide in Kashmir.

Ch Muhammad Sarwar termed the support of 58 countries at UN Human Rights Council for Pakistan as a big diplomatic win. Expressing his grief over the death of renowned cricketing legend Abdul Qadir, Governor Punjab Ch Muhammad Sarwar said that the void of his absence can never be filled and whole nation shares the grief of the family of the deceased. PM Imran Khan will visit the family of Abdul Qadir soon to offer his condolences and government will name the road outside his house after Abdul Qadir. He was talking to media after condoling the family of Abdul Qadir and prayed Fateha for the deceased. Governor Punjab Ch Muhammad Sarwar said that I also visited the office of Abdul Qadir where I experienced his love for the country and PM Imran Khan. Abdul Qadir always talked about the progress of Pakistan and therefore the whole nation is paying their homage to the Cricketing legend.

While interacting with media persons, Governor Punjab Ch Muhammad Sarwar said that government is fighting the case of Kashmiris all over the world and Pakistan has achieved big success at the UN’s Human Rights Council over Kashmir Issue and there is no doubt that with the passage of time Indian’s atrocities and plans against regional peace are getting exposed and the support for Kashmiris is increasing. He said that India should step back from its rigid approach to end curfew and give Kashmiris their freedom according to the UN resolutions. Under the leadership of Imran Khan, the Government of Pakistan is standing shoulder to shoulder with Kashmiris and PM Minister Imran Khan will unveil the facts of Indian atrocities and genocide of Kashmiris during his address at the UN.