Two of the key points that Imran Khan stressed on August 19, 2018 in his first speech as Prime Minister were an emphasis on peace in the region and progress for the people of Pakistan.

As an Indian American, I was heartened by these expressed priorities – recognizing that achieving improved relations with India and an economically stronger Pakistan would bring much more stability to this critical area of the world. I have monitored the performance of the Khan administration and here is my personal assessment on where things stand on those priorities after Khan’s first year in office.

Critics of the Khan administration correctly point out several problems during the past year for Pakistan including rising inflation and unemployment; a weakening currency; and, a shrinking growth rate. That said, results in the following five areas serve as a counterbalance to those negative factors and could have a solid impact on the development of Pakistan and its people in the future:

Out of school youth programs

Drawing upon the inspiration of Islam Messenger Prophet Muhammad (PBUH), making Pakistan an evolved humanitarian state has been one of Imran Khan’s key areas of focus.

A major program here is Ehsaas (Feeling). This one-of-a-kind program for poverty alleviation and uplifting marginalized people, was launched in March, 2019. Among its key measures are: financial and digital inclusion of 6 million women; Food Rations initiative for 1 million vulnerable households during economic transition; 20,000 merit or need-based scholarships for poor students; and, specialized nutrition food assistance for stunted mothers-children. Another major program, the National Poverty Graduation Initiative worth Rs 42.65 billion was launched to benefit 16.28 million – 50 % women – from 100 lagging districts.

These programs appear to have excellent traction and the potential through their continuation and expansion to lift Pakistani people below the poverty line into the country’s economic mainstream.

Another key area of focus has been in the field of public health. The Khan government has launched Sehut Sahulat (Health Facilitation) Program focusing on people from low-income groups. According to government statistics, two million families from 42 districts have been enrolled in the program to date.

Sehut Sahulat cards have been given to all disabled people. The card provides a benefit package of Rs. 120,000 to each enrolled family for secondary treatment and Rs. 720,000 per year for 08 priority diseases treatment.

Media reports indicate that many of the Pakistan people do not know how to properly use the health cards and an educational program is needed for them. These reports also suggest there is a need for a more comprehensive coverage in public health institutions, where middle-income families can come to get affordable treatment and that basic medical facilities outside big cities should be increased to reduce the traffic flow to the large hospitals in those cities.

Mr. Khan’s government has taken several measures in areas such as afforestation, biodiversity conservation and ecosystem restoration to address the climate challenges confronting Pakistan. Some of the initiatives in this area include:

The Ten Billion Trees Tsunami Programme is a mega effort for afforestation of the country. Around 3.29 billion indigenous plants will be planted in the 1st Phase over the next four years. This program is expected to generate 1.5 million jobs for those in poor segments.

A comprehensive project named the Clean & Green Pakistan Movement has been planned covering the core areas of tree plantation, solid & liquid waste management, safe drinking water and total hygiene. This project will include a Clean Green Scorecard Index ranking 19 cities in Punjab and Khyber Pakhtunkhwa on cleanliness and greenery standards.

It is estimated that Pakistanis, use 55 billion polythene bags yearly and are the biggest cause of land and water pollution. Because of this, the government has banned the one time use of these bags. The ban is already effective in Islamabad and will go nationwide in the future.

Experts recommend that a strict regulatory and monitoring system is essential to ensuring that all of these eco-friendly measures are implemented successfully. They also recommend partnerships with international environmental organizations to boost Pakistan’s environmental efforts.

The PTI government has developed a National Youth Development Framework designed to empower youth socially, economically and politically to address the needs of Pakistan’s growing youth population. A key initiative in this area is Kamyab Jawan (Successful Youth) Programme with a focus on education, skills training, entrepreneurship and civic engagement. The sub-programs in this area focus on 3Es – Education, Employment and Engagement.

While these initiatives are encouraging, a question arises as to whether they are sufficient in scope and nature for the vocational training and skills development needs of Pakistan’s youth population which constitutes over 60% of the total population. In addition, knowledgeable observers state that the quality of Pakistan vocational training system must be improved substantially in order to bring it on a par with systems in the developed world.

Out of School Children In The School

In his first speech, Imran Khan shone a light on the large number of Pakistani children who are not going to school. He said, “There are countries with less than 25 million people, and we have that many children out of school”.

Khan’s government has made this one of the priority areas in its first year and has begun to work on a pilot project in Islamabad. As many as 11,000 out of school children have been identified to participate and they will be enrolled in mainstream education institution as well as in non-formal education centers. These soon-to-be students will have free uniforms, textbooks and schools to avoid putting burden on their families.

This is a beginning but given the huge numbers of out of school youth there is much more to be done to address the out of school need fully and effectively.

In conclusion, the actions being taken in these five areas on Pakistan’s home front should result in considerable progress over time for the country’s people. Sadly, I must state that there has not been similar movement forward on the peace front.

I will not go into the details on the reasons for that assessment. Suffice it to say that Pakistan’s relations with India are attenuated at best.

Given this analysis, my fond hope and wishare that one year from now when I reflect on Imran Khan’s second year in office that I will be able to report solid performance on both the progress front and that peace front. Time will tell whether I will be able to write such a report.

The writer is an Entrepreneur, Civic Leader, and Thought Leader based in Washington DC. The views expressed here are personal) 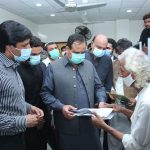 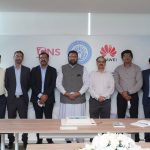 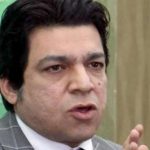 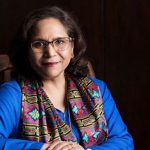