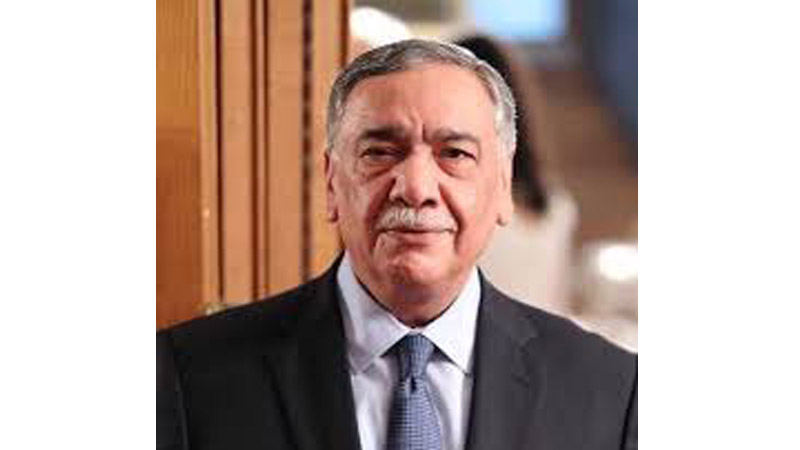 KhosaChief Justice of Pakistan (CJP) Justice Asif Saeed Khosa on Wednesday cautioned against the growing perception of ‘lopsided accountability’ and said such perceptions could be dangerous.

Addressing a full-court ceremony on Wednesday marking the new judicial year at the Supreme Court, he said, “We as a relevant organ of the state also feel that the growing perception that the process of accountability being pursued in the country at present is lopsided and is a part of political engineering is a dangerous perception…”

The chief justice added that remedial steps need to be taken “urgently so that the process does not lose credibility”.

“Recovery of stolen wealth of the citizenry is a noble cause and it must be legitimately and legally pursued where it is due but if in the process the constitutional and legal morality of the society and the recognised standards of fairness and impartiality are compromised then retrieval of the lost constitutional and legal morality may pose an even bigger challenge to the society at large in the days to come,” said Justice Khosa.

He also referred to bar associations concerned with receding political space in the governance of the state and stressed that “such concerns cannot be ignored”.

Commenting on reports regarding media censorship in the country, Justice Khosa said, “Voices [are] being raised about [the] muzzling of the print and electronic media and suppression of dissent are also disturbing. It must be appreciated by all concerned that a voice suppressed or an opinion curbed generates frustration, frustration gives rise to discontent and increasing discontent poses a serious threat to the democratic system itself.”

“Constitutionally guaranteed rights of citizens ought never to be compromised for the sake of short-term political or governance advantages.”

With regards to the Supreme Judicial Council (SJC), the CJP elaborated that it “was mandated by the constitution to inquire into conduct of judges of the superior judiciary and I must say that the job to be performed in that regard is the most unpleasant job that its chairman and members are to perform in their entire judicial careers. Nonetheless, it is a constitutional duty they cannot refuse to perform.”

“The constitution empowers the president to direct the council to inquire into the conduct of a judge and the council cannot disregard such a constitutionally mandated direction and it must inquire as directed. It, however, goes without saying that such a direction to inquire does not, and cannot, control the opinion to be formed by the council after inquiring into the matter,” said Justice Khosa in a clear reference to the Supreme Court judge Justice Qazi Faez Isa and the Sindh High Court (SHC) judge KK Agha case, facing presidential references for allegedly not disclosing foreign properties in their wealth statements.

Justice Khosa also called out “a section of society” for being unhappy that the apex court was slow in taking suo motu actions over issues where they were demanded.

He said, “… a suo motu notice taken on a demand of somebody else may not be suo motu and would be a contradiction in terms. This court shall take suo motu notice of a matter only when it feels the necessity or utility for it and not when it is coaxed in that regard by outsiders”

He said efforts were afoot to reduce the burden of pending cases. He said at the beginning of last judicial year, the number of pending cases stood at 1.8 million, which according to Law and Justice Commission, had now dropped to a little over 1.7 million.