* Things have a tendency to get messy, he says, so it’s best that they remember why they fell for each other in the first place 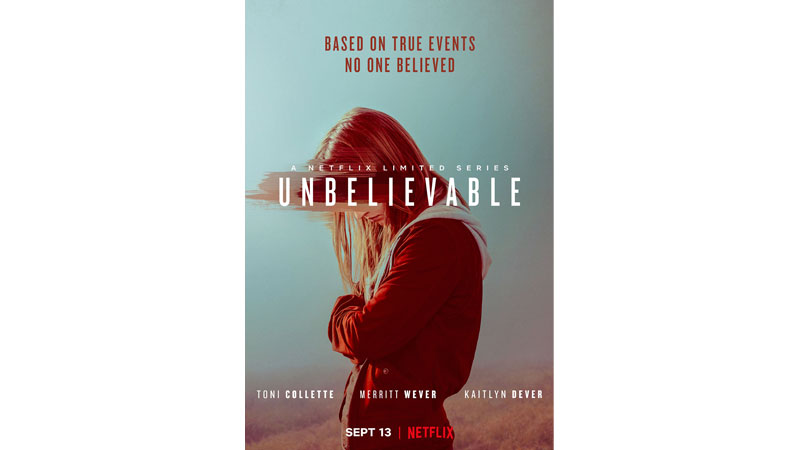 He is a theatre director, determined, dedicated to a cause, a good dresser, a great dad, rarely gets defeated.

She is an actor, creative, a first-rate dancer, gives great birthday gifts and haircuts, the kind of mom who gets down in the dirt to play with her kid, knows when to call bullshit and when to be sympathetic. This is how we first get to know Charlie and Nicole, the couple at the center of Noah Baumbach’s Marriage Story. They are reading respective lists about each other, rattling off their partner’s best qualities over a montage of happy family activities; if you’ve seen the clever his-and-her teasers Netflix dropped a few weeks ago, you get a little taste of what’s going on. You get a real sense of the love between them, the bond they share – the life they have made with each other.

Then we find out why they’ve made these lists: A mediator is helping them navigate the turbulent transition from trial separation to divorce. Things have a tendency to get messy, he says, so it’s best that they remember why they fell for each other in the first place. Charlie is happy to read his aloud first; you sense some sort of passive-aggressive power play is happening. Nicole doesn’t want to share hers at all; she storms out of the session. Welcome to Scenes From the Death of a Marriage.

Even if you know where this extraordinary movie is going – and at this point, you’ve probably heard this drama starring Adam Driver and Scarlett Johansson is about the dissolution of a union – the reveal is startling. You sense that their split has been a long time coming, a gradual accumulation of grudges and irritations and dissatisfactions that have led them to this office. But to go from such a display of love to such obvious contempt – from matrimony to acrimony in a few quick cuts – shakes the ground beneath your feet. It’s not the last time the film will do this to you. It’s a map of the ever-shifting terrain between negotiating a goodbye that goes from amicably chilly to Chernobyl-level disaster.

Even if you know where this extraordinary movie is going — and at this point, you’ve probably heard this drama starring Adam Driver and Scarlett Johansson is about the dissolution of a union — the reveal is startling. You sense that their split has been a long time coming, a gradual accumulation of grudges and irritations and dissatisfactions that have led them to this office

You’ll want to remember that opening sequence when you get to its dark twin at Marriage Story’s halfway point, a sit-down between Charlie and Nicole that serves as the film’s center point. By this time, Nicole has left the couple’s Brooklyn digs and relocated to Los Angeles to film a TV show, bringing the couple’s young son Henry (Azhy Robertson) with her. Charlie has been flying back and forth between New York, where his avant-garde version of Electra is prepping for a move to Broadway, and California so he can see his kid. They had initially promised not to get lawyers involved. The situation has changed, however, and their respective representatives/legal pitbulls (played by Laura Dern and Ray Liotta) have turned this into “a street fight.” The two meet for a more civilized conversation in his “temporary” L.A. apartment about possible next steps.

What follows is a roughly 10 minute sequence in which a discussion devolves into a vicious bout of namecalling, screaming, wall-punching, weeping and pure earth-scorching nastiness. It’s like watching heavyweight boxers going at each other against the ropes. (Imagine the verbal equivalent of They Live’s extended, actual-street-fight set piece.) A host of small jabs and unkind cuts have been scattered throughout the first half, all building to this knock-down, drag-out brawl. They will eventually recover from this melee. You don’t. Anyone who has been one half of a couple will likely cringe in recognition. Viewers will not be blamed for missing a few lines that have been drowned out by the sound of a blade hitting bone.

In the prescreening introduction at Toronto, Baumbach said that even though he’d written every word Driver and Johansson say, he would watch the duo’s scenes and feel as if we were witnessing something else entirely – as if Marriage Story was not really his movie but theirs. And it is their movie. He’s made a drama designed to be inhabited, not performed, by actors, and both stars bring an uncomfortable intimacy to each wounded look, each frustrated exchange, each incriminating accusation. There is not a single false turn among the supporting cast; everyone from Julie Hagerty’s daffy-narcissist mom to Alan Alda’s down-home lawyer feels spot on. But this is the story of two people, and the gap between them. And it’s the vehicle for two marquee-name to tap into reservoirs that they may only get the chance to skim usually. The movie brings out their best work. No amount of your own cringing or crying jags during its 136-minute running time can keep you from recognizing that.

If you can find fault with this tale of splits and sucker punches, it’s that Marriage Story’s his/her narrative is a little lopsided in favor of Charlie’s experience. Nicole gets to tell her side – Baumbach gives the character a long monologue in which she recounts their meeting and her disillusionment, slowly zooming in to emphasize how constricting it’s all become – but her husband is the one who has to navigate the divorce-proceeding doublespeak and catch-22s of custody battles. We spend more time with him trying to connect to Henry and feeling like his connection with his son is fading; you wonder if the presence behind the camera isn’t slightly more pulled to one perspective for more personal reasons.

But it’s not a dealbreaker. There are such incredible emotional highs and lows in Marriage Story, such pathos and rage and tragicomic moments and blissful stand-out sequences, that you feel overwhelmed by the humanity of it all. Baumbach has given us a divorce drama recast as a domestic disaster movie. You want to list all of its good qualities, one after the next, and read them aloud. Then you want to go have a stiff drink.