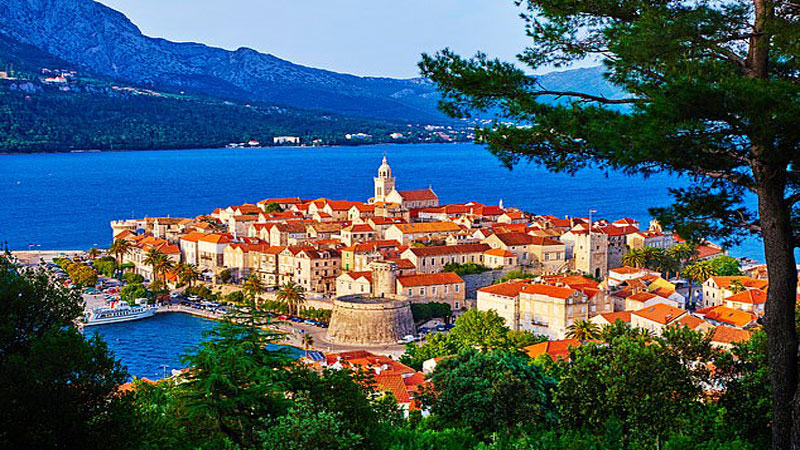 Croatians use the word fjaka to describe the neutral state they adopt to deal with noisy, unwanted thoughts. I would suggest that Korcula, known as one of the most relaxing islands on the Dalmatian Coast, is the perfect place to find it. With its atmospheric titular Old Town soaked in history and widely regarded as the prettiest settlement in the Adriatic, plus the surrounding countryside producing some of the country’s best wine, Korcula is only just beginning to attract attention. As the island’s fairytale citadel, a confection of medieval, Italianate and shuttered stone houses encircled in 14th-century walls and watchtowers, rises up a steep-hilled peninsula from the Adriatic, my ten-year-old daughter, Agatha, is agog. ‘It’s like one of my snowglobes,’ she exclaims.