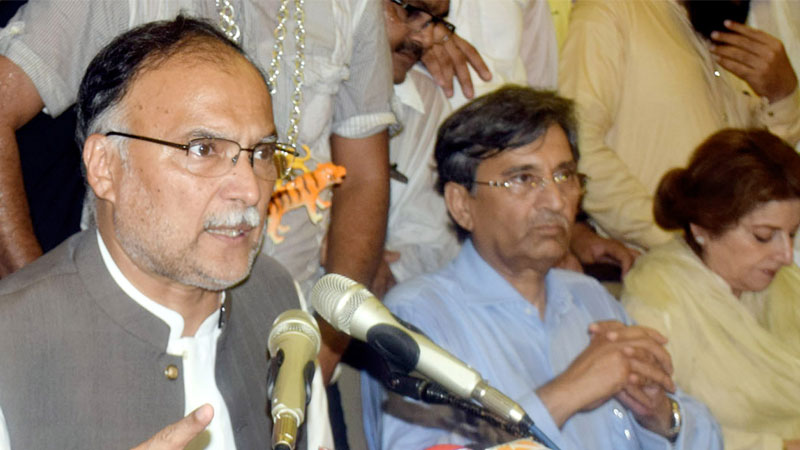 Begum Kulsoom Nawaz, former three-time first lady of Pakistan, was remembered by the PML-N workers on Wednesday to mark her first death anniversary. The wife of PML-N’s leader passed away on September 11, 2018 at a private hospital of London in a fight with cancer.

Special Quran Khawani and prayers were held at the party’s secretariat in Model Town on Wednesday to pay homage to Kulsoom Nawaz who fought bravely during the early days of Musharraf’s dictatorship as all the senior leadership of PML-N was behind the bars at that time. The women wing of PML-N arranged the Quran Khawani for Kulsoom at Model Town secretariat in which PML-N’s women parliamentarians including MNA Shiasta Pervaiz Malik, former minister Saira Afzal Tarar, MPAs Azma Bukhari, Hina Pervaiz Butt and Rabia Faruqi also participated.

A special seminar titled ‘The Democratic Pakistan of Quaid-e-Azam’ was also arranged by the PML-N as September 11 also marks the death anniversary of the founder of Pakistan. PML-N’s senior leadership including party’s secretary general Ahsan Iqbal, Senator Pervaiz Rashid, Dr Asif Kirmani, MNAs Pervaiz Malik, Rana Mubashar Iqbal, MPAs Kh Imran Nazir, Mirza Javaid and other parliamentarians attended the seminar. “Today marks the first death anniversary of one of the important leaders of the caravan of democracy and the whole PML-N pays tribute to great Kulsoom Nawaz,” said Ahsan Iqbal. He was of the view that PML-N is fighting a war for the political liberties and unfortunately the supremacy of constitution couldn’t be achieved even after 72 years. The man who talks about the vote of people is behind the bars at Kot Lakhpat Jail, he added. He was of the view that the PML-N started a journey of progress in five years and took the economy to 3.5 percent but now it has been decreased to 2.4 in last one year. The Sri Lanka and Bangladesh are far ahead from us despite the fact that they started their journey later than Pakistan. “We gave employment to thousands of youth but around one million people were unemployed in last one year due to the bad policies of the government,” said Ahsan Iqbal. He further added that Nawaz Sharif is ready to give any sacrifice for the sanctity of ballot in Pakistan. He said that Imran Khan never ran even a Union Council and he became the Prime Minister through hatching a conspiracy but the secret of Pakistan’s progress only lies with the PML-N. He further added that it is very essential for the progress of Pakistan to hold a fresh and transparent election and 2020 will be the election year.

Senator Pervaiz Rashid said that we all are following the path that was adopted by Kulsoom Nawaz for the true democracy in Pakistan. He said that the government doesn’t even have a little courage to hold the Local Government elections because it knows very well that the PTI cannot win the election of even a UC councilor. “All the roads of progress, development and people’s welfare go to the Kot Lakhpat Jail and Nawaz Sharif must be released from the Jail if we really want to have a prosperous Pakistan,” said Rashid. Special prayers were also held for Quaid-e-Azam and Kulsoom Nawaz in the seminar.