Sindh govt tends to the restoration of historic temples 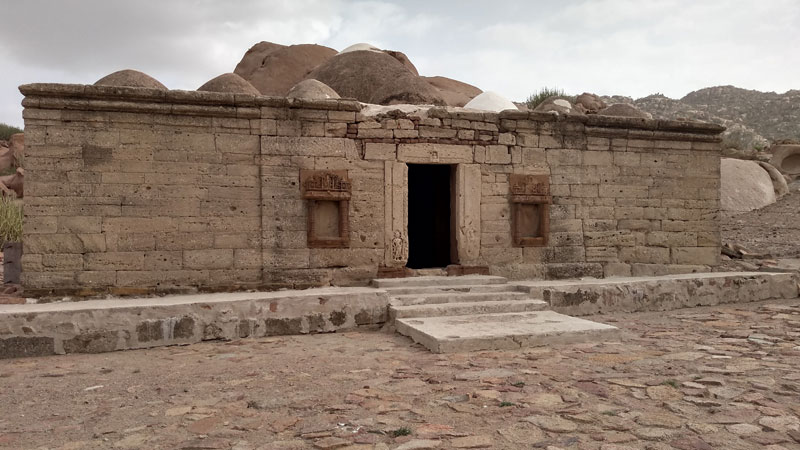 Pakistan’s Sindh has a rich history of housing several creeds despite that fact that the country gained independence on the ideology of Islam. Out of all other religions, Jainism has an extensive heritage and history even though the religion is practised very less in Pakistan. Tharparkar has the most number of ancient sites. The Department of Culture, Tourism & Antiquities, after a long time has now become active in conserving and restoring its temples, which boost the ancient religions’ history of the province.

There are some antique, historical and ancient temples in Nagarparkar; among them are Gori Jo Mandir, Virvah Jain Mandir, Bhodesar Jain Mandir, Karoonjar Jain Mandir and Nagar Bazaar Temple which are considered rich, old and archaeological sites of Nagarparkar attracting visitors and tourists from far and wide.

The Culture, Tourism & Antiquities Department is working utmost for the conservation and preservation of these antique sites. The Gori Jo Mandir has already been preserved and is situated between Islamkot and Nagarparkar, built by Goricho, a follower of Mahavira, who dedicated it to Lord Parshwanath, the 23rd Jain Tirthanker. The roof of the temple has 52 cupolas and 2 domes. At the entrance inside Ranga Mandap dome ceiling has the paintings that make the Gori temple unique.

By the side of the front door there appears an opening leading to the basement, it is said that sometimes during the first quarter of 18th century these underground cells were suffered from fire of gunpowder which was used by Colonel Trywhitt, at the time of Nagar outbreak, in order to secure a Sodha chief who was supposed to be hiding himself in its passage. (Cousins: 145) The last major repairs are recorded to have been carried out in 1715.

According to the Manzoor Ahmed Kanasro, Director General (DG) of Culture Tourism and Antiquities Department told that we had already commenced conservation and preservation work for bringing back its pristine glory. Archaeology at the falling stage shows the callousness from the previous management of the department and a few satisfactory deeds were done but not good enough. two years ago, The work carried out to restore heritage sites requires knowledge of the history and a certain sensitivity that a UNESCO representative in Sindh and in 2018 a technical consultant with the Culture Department however the work was not as it is.

The Daily Times learnt that the condition was not good since the monument was suffered from thermal variation, rain and humidity epidemics, which caused Damaged and cracks, and the water stagnant on the side made-organic and fungus. The national disaster also became the reason destroying the Sindh history, now great work by the department of Antiquities and Archaeology has been done which furnished the temple.

Local people said that the great steps to make historical places attractive are not supposed to be stopped, the director general stated while talking to Daily Times that further work of preservation and conservation in this line is being done on other temples as well. Finally, since the monument has no structural problem yet there is a dire need of drainage to remove thousands of tons sand accumulated over many centuries at the site which became a source of deterioration.

He told that the work of preservation and conservation also going on at Bhodesar Jain mandir, Karoonjar Jain mandir and Nagar Bazaar temple adding that in no time visitors will see a good change in these tamples.

Babu Brijlal, resident of Nagarparkar said that over the strategy of the current department, he gladly appreciated the abrupt conservation and restoration of the ancient bygone heritages, which is enabling these heritages to be as it was in the past before ruining stage. “I love the people from several regions come to visit the place and they be pensive to write over the heritages”.

People are hopeful except that considering the kind of work being done, further arrangements will be taken to preserve these antique heritage sites.