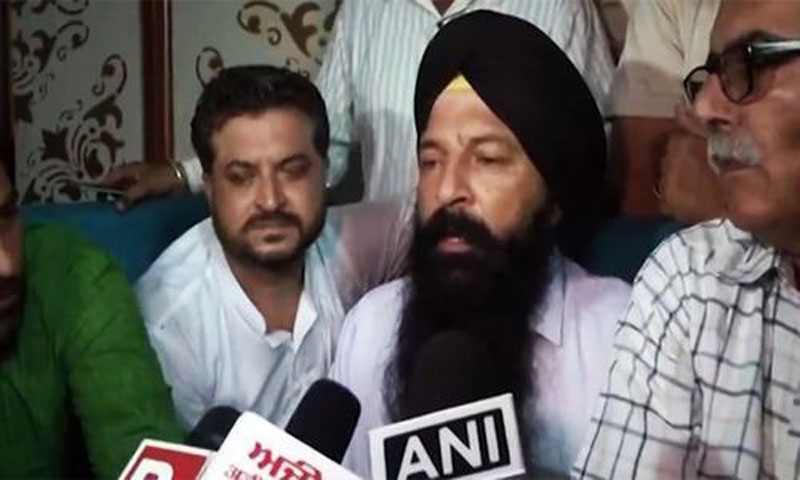 A former MPA from Imran Khan’s Pakistan Tehreek-i-Insaf (PTI) is trying to seek asylum in India over atrocities on minorities in Pakistan.

Baldev Kumar is presently in India on a three-month visa. A few months before he arrived in India on August 12, Baldev Kumar sent his wife and their two children to their relatives in Ludhiana’s Khanna.

He said he was forced to move his family out of Pakistan as religious minorities were being persecuted in the country.

Kumar, who is currently staying in Khanna along with his family, said he does not want to go back to Pakistan. He said he will formally seek political asylum in India as he fears for his family’s safety.

Hitting out at the Pakistan PM, Baldev Kumar said Imran Khan has failed to protect his people especially the minorities. He alleged that the Pakistani Army and ISI dictate Imran Khan.

Kumar said a large scale of religious persecutions by state and non-state agencies continues to take place in Pakistan and added that people had high hopes when Imran Khan came to power in 2018, but he failed.

Speaking to Aaj Tak, Baldev Kumar said that Imran Khan had promised that he would build a new Pakistan but the promise remains unmet.

He said that he realised Pakistan was no longer safe for minorities after the daughter of a Sikh priest was forcibly converted in Nankana Sahib province. “If religious leaders are not being respected, then who would listen to me?” Kumar asked.

Sending a message for Imran Khan, Kumar said, “You made certain promises to minorities and gained their votes. Now the time has come to fulfil those promises. Don’t let atrocities happen against Hindus and Sikhs in Pakistan.”

Referring to the heightened tensions between India and Pakistan over the changed status of Kashmir, Kumar claimed that atrocities against minorities in Pakistan had increased ever since Article 370 was abrogated.

Baldev Kumar said he was falsely accused in the 2016 murder of Soran Singh — the then MLA of his constituency Khyber-Pakhtunkhwa province.

Singh, a Sikh activist and the assistant on minorities to the then provincial chief minister, was shot dead by unidentified assailants in 2016.

As per Pakistan law, if the MLA (MPA in Pakistan) dies, then the candidate who is second in the same party is made the MLA.

However, 36 hours after he was elected, Kumar was arrested for Singh’s murder.

The police claimed that Kumar murdered Singh to take his position.

Kumar denied allegations and said he was falsely accused in the case. He was, however, kept in a prison for two years while his seat lay vacant till 2018.

Where is Baldev Kumar now

Baldeev Kumar is currently living with his family in a two-room rented house in Model Town on Samrala Marg, Khanna in Ludhiana.

Baldev Kumar married Bhavna, a resident of Khanna in Punjab, in 2007. He was a councillor in Pakistan at the time of marriage and later became an MLA.

Kumar’s wife Bhavna is still an Indian citizen. However, their two children, 11-year-old daughter and 10-year-old son, are Pakistani nationals.