* New York City's Museum of Modern Art wins the prize for biggest behemoth, though, with a $400 million renovation about to open on top of the $800 million expansion a few years ago 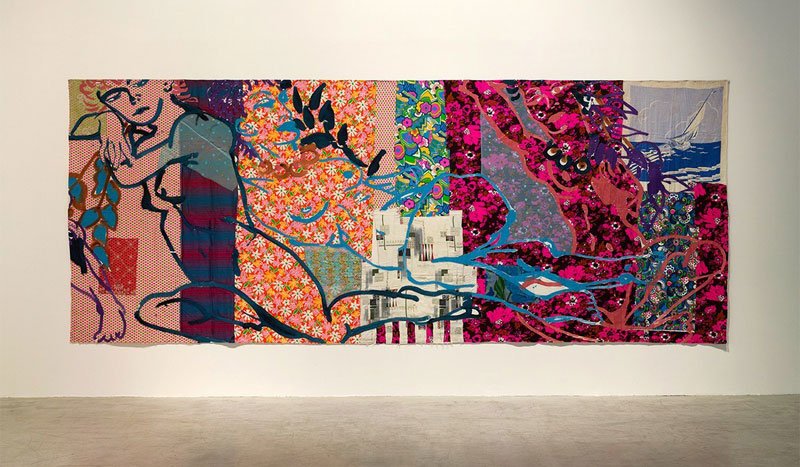 I spent part of this summer traveling in Europe. Certainly the biggest disappointment was the funereal Martin Puryear exhibition the State Department selected to represent the United States in the Biennale in Venice. If we don’t exactly live in a gerontocracy, our art establishment seems to act as though we do. People look to America for fresh, new thinking. What they got here was the ultimate in highbrow safe spaces.

The nicest surprise was in Dijon. I wrote about the gorgeous Museum of Fine Arts in this lovely, small city, once the seat of the Dukes of Burgundy and, yes, the place that launched a thousand mustard shops. The museum’s smashing collection of Old Masters is located in the old ducal palace, just renovated at only €60 million, a feat of fiscal prudence that made my tightwad Vermont heart swell with awe and admiration.

My local museum, the Clark Art Institute, spent twice as much for a so-so result. New York City’s Museum of Modern Art wins the prize for biggest behemoth, though, with a $400 million renovation about to open on top of the $800 million expansion a few years ago. In New York style, if it’s not expensive, it can’t be any good. That thinking, of course, seems bizarre to Vermonters like me. We unreconstructed Yankees abhor spending a ton of money. American museums tend to spend too much and to spend it on shops, restaurants, people-processing spaces, and introductory video spaces, each more related to public relations than art. The French would call it gauche.

Dijon puts its money where its art is. The Museum of Fine Arts is a superb museum in the center of the city, but it also has a small contemporary art museum called the Consortium. I knew only its barebones story. It opened in 1977, before the Pompidou Center in Paris, and still is the place in France to show bleeding-edge art. It’s in an unglamorous neighborhood near the center of town, in a modern, purpose-built, but entirely unobtrusive building. It gave Cindy Sherman and Richard Prince their first solo shows. Jenny Holzer, Maurizio Cattelan, Daniel Buren, Lari Pittman, and Lynda Benglis had revelatory, early shows there. Its building is minimal in style – very Japanese – but the museum itself is maximalist in intent and ambition. It shows good art, period.

One of the show’s arguments is that Pattern and Decoration was the last cohesive American art movement. This makes sense. The art market and the critical community were tiny then and insular. Like-minded artists tended in travel in packs. Dissemination of new styles and themes was slower

The exhibition I saw there is Pattern, Crime, and Decoration, and it’s fascinating. It focuses on a weird, obscure movement in 1970s and early 1980s American art called Pattern and Decoration. This was a freewheeling amalgam of the grid, a timeless American design tool, figure tropes, bright colors, and arabesques. Robert Kushner’s Sail Away, from 1983, is one of the anchors. I’d just seen a show of the work of Edouard Vuillard in Bath in England, so I thought immediately of him. Kushner (b. 1949), being American, is brassier. It’s a riot of pattern anchored by a pair of nudes in outline. It’s abstract, grand, very attractive, flat as a pancake, or wallpaper, and delicious.

It’s a fantastic show. I learned a lot. It’s fresh since Pattern and Decoration was a short-lived movement. It had a moment and then dissolved into the mists. It’s never been part of the American art narrative pushed by academics and critics. For starters, the 1970s and 1980s were not a period for American painting. The Pictures Generation, feminist art, and activist art displaced pure painting, as did photography generally. No one has looked at this work for years.

I love museums that resurrect artists or movements buried amid the chatter of mediocre critics, dealers, and collectors. That takes courage, and viewers learn that the canon isn’t sacred. Movements and artists easily get lost among louder voices and bigger wallets. The Consortium is prescient, too. Pattern and Decoration art is on view now in Boston in the Less Is More show at the Institute of Contemporary Art. The Museum of Contemporary Art, Los Angeles, is dedicating an entire show to the movement this fall, the first in America. Fewer and fewer people pay attention to prescribed canons anyway.

Pattern, Crime, and Decoration is installed in the Consortium’s spare white galleries. I told the two visionary directors, Eric Troncy and Franck Gautherot, that I wasn’t entirely crazy about the installation. There’s no interpretation. The viewer is left to his or her own devices. It’s simply the art and tiny labels, what I call “name, rank, and serial number” labels, with the name of the artist, the date and medium, and the owner. I know that this is a style of displaying art. It bars the imposition of meaning by bossy curators and forces the viewer to look and think. These are good goals. My background, mostly teaching museums, is different. I think a didactic wall panel in the beginning of the show would be a helpful launch for visitors since the art defies preconceptions. It’s my only quibble and a very American point of view applied to a French show. Our minds did meet on one point. When it comes to interpretation, I like mine short, direct, and clear.

The “crime” in the show’s title refers to “Ornament and Crime,” a 1910 essay by Adolf Loos, the Austrian architect. Loos condemned the fussy opulence of what I’ll call High Victorian design, which in Austrian art he saw in the intense surface decoration of artists such as Gustav Klimt or the rococo revival and other types of historicism in architecture. That’s the crime. Loos’s “virtue” was the streamlined, straightforward arts-and-crafts look, based on clean lines and honest, simple, ungussied materials, and, later, Bauhaus, a minimalist, geometric style.

The Pattern and Decoration movement says “yes” and “no” to Loos. It’s far from historicism. It leaves the European Old Masters out of the conversation. It’s very modern, yet it turns the dry, tight style of, say, Josef Albers on its head. Yes, it’s a study in basic geometric shapes, but its elegant, arbitrary zigzags feel like the patterns of Islamic decoration or the borders of Roman and Byzantine mosaics. Egremont, from 1985, by the superb Valerie Jaudon, is a good example. It’s minimalism with intrigue. When these artists do reach back to the distant past, it’s to the art of South America and the Ottoman world.

It’s a reactionary movement, too, which doesn’t make it bad. It’s actually a relief. It’s a great relief from pop art’s cool cynicism, obsession with consumer culture, and reliance on the techniques of cartoon and commercial art. Paint surfaces are often lush, even decadent. Many of the artists, including Miriam Shapiro (1923-2015) and Cynthia Carlson (b. 1942), were women. They were inspired by quilting, embroidery, and sewing techniques, giving their work a handmade feel that pop art usually doesn’t have.

One of the show’s arguments is that Pattern and Decoration was the last cohesive American art movement. This makes sense. The art market and the critical community were tiny then and insular. Like-minded artists tended in travel in packs. Dissemination of new styles and themes was slower. People still communicated by mail, phone calls, newspapers and magazine, and the gallery visit. Art today goes in a million different directions. Movements don’t have time to congeal, much less develop.

The art’s exuberant, and that’s reactionary, too. The sad sacks who think we’re living today in a tumultuous, grinding time didn’t experience the 1970s, or they have very bad memories. It was one massive cultural hangover leavened only by disco music. If it didn’t rain every day, it felt like it. Pattern and Decoration art has no austere theoretical severity. There’s much to admire in its occasionally wacky juxtapositions of line and color.

It’s not Morning in America art, to be sure, but it does make the viewer happy. It’s anti-anxiety art, coming in the 1970s when everyday life was saturated with anxiety. I think that was the knock. In the Reagan era, the last thing critics and academics wanted was decoration. Reagan, after all, was going to make his friends rich and then blow up the world. That demanded serious art, however tedious and earnest it might be.

Last week, I wrote about AIDS art from the 1980s. This and feminist protest art by the Guerillas Girls and Barbara Kruger wasn’t commercially successful but grabbed the spotlight in art-history classes, another path to eternal life. Pattern and Decoration art seemed both in sync with the times but out of sync, too. Its artists reached for Vuillard but also for Henri Matisse, especially his late-career paper cutouts. It’s no surprise to know that, in the 1970s and 1980s, Matisse was out of style, too.

The Consortium reflects my own style. It takes risks. It’s entrepreneurial and scrappy. Since it’s small, with a tiny staff, it can move nimbly. The two co-directors have been there for years, so have thick skins. They also see lots of work and can instinctively tell what’s good and what will last. They’re mavericks with impeccable taste.

I want to debunk one thing. The French are no more receptive to the work of living artists than Americans are, and this has always been the case. Europeans had academies, which dictated acceptable trends in art. In America, things were much looser. The French establishment abhorred a radical movement called impressionism, but American “Grand Tourists” in the 1870s and 1880s loved it. That’s why French museums doing impressionist shows have to borrow from America. The best material left the country long before French collectors made it a priority. The French always had a difficult time with the work of living, avant-garde artists, which was why the Consortium was so revolutionary. In Pattern, Crime, and Decoration, the museum proves it looks to the future, even when it mines the past. They’re not likely to do anything predictable and won’t be seen running with the herd.