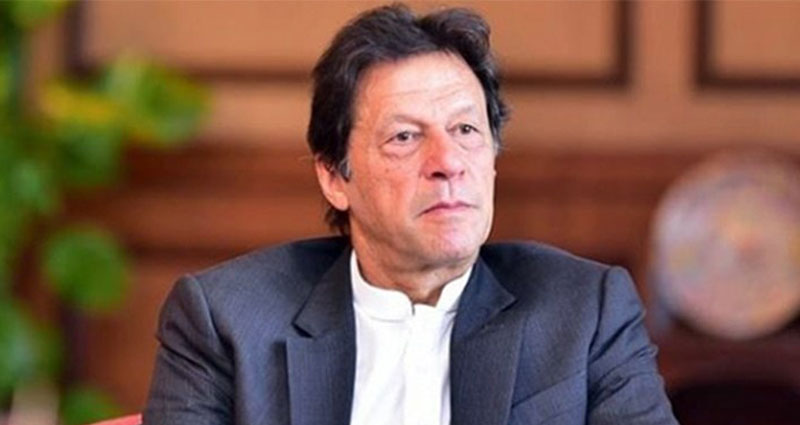 The prime minister, in a series of tweets, said the international community must not remain indifferent to the massive human rights abuses by the Indian forces under cover of brutal siege. The prime minister also welcomed a statement of the United Nations high commissioner for human rights (UNHCHR) over the bleak situation in the occupied valley.

The prime minister urged the UN Human Rights Council to immediately set up an independent investigation commission to probe human rights violations in Kashmir as recommended by the UNHCHR’s reports on Kashmir. “It is the time to act now,” he stressed.

“I especially welcome the statement by the UNHCHR in Geneva. I call upon the UN Human Rights Council to immediately set up the indep (independent) Investigation commission to probe human rights abuses in IOJ&K as recommended by the UNHCHR’s two reports on Kashmir. The time to act is now,” the prime minister tweeted. He also tagged certain important points from the UNHCHR’s statement in Geneva.

Responding to a media question regarding remarks made at the 42nd session of the Human Rights Council in Geneva by UN high commissioner for human rights about the deteriorating situation in Indian-held Kashmir, the Foreign Office spokesperson underlined that UN high commissioner’s concerns and calls are consistent with the position taken by the UN system vis-à-vis the human rights situation in Kashmir, including the continuing restrictions and crackdown on fundamental rights and freedoms of the Kashmiri people.

Meanwhile, Foreign Minister Makhdoom Shah Mahmood Qureshi on Monday arrived in Geneva on a three-day visit where he is scheduled to attend and address the 42nd session of the UN Human Rights Council.

Upon his arrival, the minister was received by Special Representative of Prime Minister on Diplomatic Outreach Tehmina Janjua and other senior officials, according to a press release. The foreign minister will apprise the participating leaders and envoys from different countries of the world about the ongoing atrocities and oppression against the innocent Kashmiris in the Indian-held Kashmir (IHK). During his stay, the foreign minister will also meet representatives of the international human rights organizations and discuss the grave human rights violations in the occupied valley.

Prime Minister Imran Khan is also set to address the 74th UN General Assembly session to highlight Indian atrocities in occupied Kashmir, with reports suggesting his speech will be on September 27.

Separately, in an interview with Consortium News, an independent US current affairs television channel, Pakistan’s Ambassador to the United Nations Maleeha Lodhi called for action to end the humanitarian crisis in Kashmir. She urged the UN to implement Security Council resolutions for the right of self-determination of Kashmiris to decide their future. She dismissed the possibility of a nuclear confrontation between the two states, saying Pakistan is a responsible nuclear weapon state and does not wish to see any kind of conflict.

“What has happened in Kashmir is certainly a flashpoint,” Ambassador Lodhi said, while noting that the UN secretary-general and other officials have issued statements on the matter. “But we need action. We just don’t need words. We need action,” she said emphatically. “There are already tensions which are at a peak between India and Pakistan and the situation can snowball into a much bigger crisis,” she warned. “So, I think, the UN certainly has long-standing obligations, and it also has immediate obligations, including ending the human rights violations that are going on,” she added.

On August 5, the government of Indian Prime Minister Narendra Modi stripped Kashmiris of the constitutional rights they had for seven decades through a rushed presidential order. Since then, an indefinite curfew has been in place in the occupied valley while elected leaders are still under house arrest.