Divided Catalan separatists to rally ahead of court verdicts 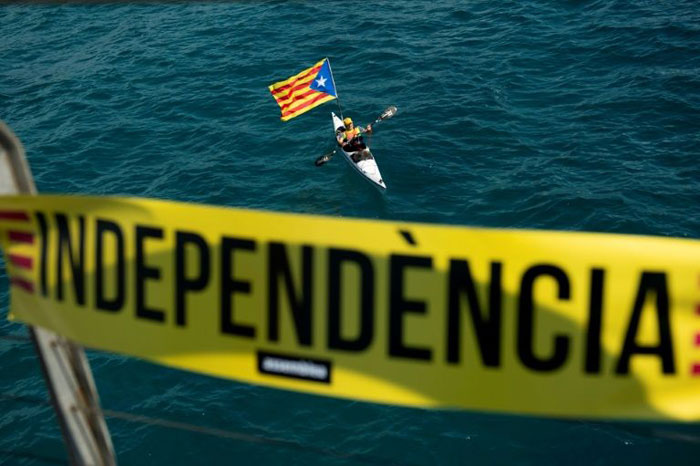 Catalonia’s separatists plan a big rally on Wednesday that will test the strength of the divided independence movement just weeks before a Spanish court serves verdicts against the leaders of the failed independence bid.

While separatists remain in power in Catalonia, which accounts for a fifth of Spain’s economic output, the independence movement appears rudderless, with senior leaders scattered abroad or in jail and growing internal divisions over strategy. Of all the Diada rallies which grassroots group ANC has staged since 2012, this has been the “most difficult” to organise, group president Elisenda Paluzie told AFP.

“One stage has closed, another begins and we don’t know what it will look like. That’s why it’s hard to find a concrete reason to protest,” she added.

The day marks the fall of Barcelona to Spain in 1714, and it has in recent years been adopted by independence activists. Organisers says a million people took part in past Diada rallies.

But separatists disappointed by the failure to achieve independence intend to shun this year’s event on Barcelona’s Plaza Espana.

“The rally, now, no longer makes sense. There is no clear strategy behind it,” said Silvia Senz, a 53-year-old linguist.

Spain’s Supreme Court is poised to deliver verdicts in the high-profile trial of 12 separatist leaders charged over their role in the secessionist bid which plunged the country into its worst political crisis in decades.

Former Catalan vice-president Oriol Junqueras and eight others face the most serious charge of rebellion. Public prosecutors have asked that he spend 25 years behind bars.

Catalan leaders are trying to leverage the looming verdicts to galvanise supporters for Wednesday.

“Even if the repression and the verdict are tough, they won’t defeat us. We must show us that we are taking the initiative”, said former Catalan president Carles Puigdemont, who fled to Belgium shortly after Catalonia declared independence.

“The first response to the verdicts should be a large mobilisation for this Diada,” current Catalan president Quim Torra said on Thursday.

Like his predecessor, Torra calls for “confrontation” with Madrid.

But leftist separatist party ERC, which governs the region in coalition with Torra and Puigdemont’s Together for Catalonia party, has, since the failed secession bid, called for dialogue with Madrid.

Divisions between the two formations have grown and top ERC leaders have called for fresh regional elections.

Open University of Catalonia historian Joan Esculies does not expect a strong and united response from the separatist camp to the verdicts Some radical secessionists want regular protests.

“The middle classes that support separatism want an improvement but only if the transition is easy. What they won’t do is endanger their daily lives, their social position. A very frustrated section could take hard actions but the majority of the movement won’t,” he said.

Renewed tensions in Catalonia, home to 7.6 million people, could make it even harder for acting Prime Minister Pedro Sanchez to build a new government.

His Socialist party won an April general election but fell well short of a majority. Sanchez has until September 23 to be confirmed as premier by a deeply fragmented parliament or face elections in November, the fourth in as many years.